Image at the top 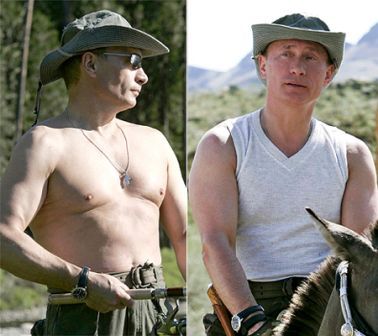 People that are more appealing to others are the people who seem to fit in. So whet you take a look at people like Barack Obama and Vladimir Putin and see them in assorted macho settings, that appeal not only makes you feel good about them, but it also can get them votes on election day. The Alpha male image does get right down to the roots of the desire to fall behind a good leader.

Seeing leaders of countries fitting in with the rest of the population makes everyone feel that they are part of the family. That also creates a feel good image that people can take pride in. Each country has its own culture, and with Russia clearly leaning to the macho and strong man image, Putin fits right in.

In the USA, Barack Obama has reconnected not only with the people of America, but the rest of the world as well. Both Putin and Obama clearly display the Alpha male characteristics that uniquely fit what people like to see. 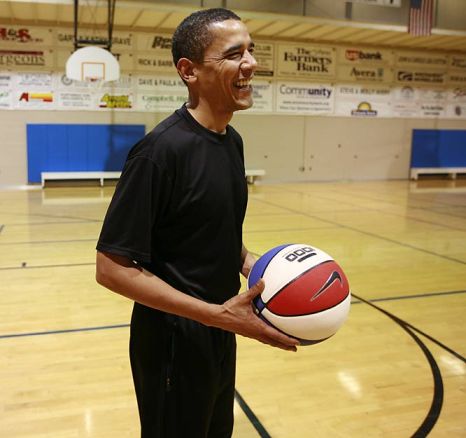 Jumping back to George W. Bush, he never quite got the formula right. His religious convictions often got in the way as religions often do. Religions often conflict with the reality of the moment and a person who shows a strong religious following simply cancels out the Alpha leadership image. You either lead or follow, it is that simple. The fact you can wear a nice tailored Suit and tie does not count.

Looking at other people who showed the correct image, you may think that Saddam Hussein showed the Alpha image, but in fact he showed the bully image instead. His body doubles simply showed his true nature that he was very scared and with good reason. To be found guilty and ending it all at the end of a rope showed that he lacked a key Alpha quality. That quality is to lead and not be a brutal dictator.

With that consideration, any country that has a dictator at the top, that dictator also fails to display Alpha qualities and often has underlying fears that are apparent if you look closely. Burma and North Korea are no exception. Leaders of both countries clearly show a paranoia that quickly cancels out that Alpha male image.

Searching back through history some American Presidents had the right stuff as did some leaders in Europe. In the UK Winston Churchill had the Alpha male qualities as did many others.

So when it comes right down to it, the fit in approach is clearly preferred over the I am better than you approach. It promotes a team mentality as well as pride about the country. Leaders that let their egos consume them simply fall way short of the mark to be seen as a true leader and lack the correct image at the top that also has sex appeal.

« Sex as therapy Smile for your money »

One Response to Image at the top