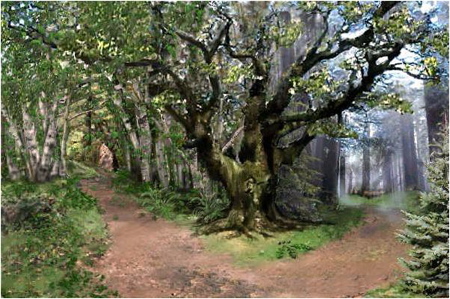 With a major Thaksin verdict approaching, some people are wondering if the court has been tainted with Thaksin bribes. A few recent court verdicts that looked like slam dunk convictions based on media accounts of evidence for past and present Thaksin cronies, seemed to have been played in the locker room and not on the court.

The verdict in question has billions of baht involved in frozen Thaksin assets, and there is absolutely no doubt in anyone’s mind Thaksin is pulling out all the stops to win. If it means offering billions in bribes to save billions for himself, it becomes a no brainer for anyone in the same situation who has no respect for the law.

Not to reflect poorly on the courts but there is the issue about the legal mumbo jumbo that lawyers spend years to learn. That certainly was the presented reason for the recent past not guilty verdicts of Thaksin cronies. However this case seems more cut and dried based on the damning testimony of some witnesses.

It goes without saying that this court ruling will label the Thai courts as good or corrupt in peoples opinions. If corrupt courts is the peoples verdict, then both the face of Thailand and the face of the King will have been stained. The King made a point to grant an audience to the high court judges a few years ago when the Thai Rak Thai dissolution hearings were being heard. His wise words strengthened the judges to do the right thing for Thailand. So people will now be looking to see if that wisdom will withstand the test of time and huge Thaksin bribes.

“It will be a highly important decision, which will cause you [judges in general] trouble no matter what,” he said.

The monarch said even he himself was not supposed to speak out on this delicate matter.

“Regarding this issue, you [Administrative Court judges] are not supposed to say anything because you are not involved.

That’s why I said the gown you gave me gave me trouble.

It came with no power.

Whether one will wear the gown or not, there will be no power.

You have no power [regarding this matter] as well,” he said.

The King asked the visiting judges, led by Supreme Administrative Court President Ackaratorn Chularat, to “rightly interpret” what he was trying to say.

“Whatever court you belong to, judges need to make the right interpretation, otherwise the country will be doomed,” he said.

His Majesty reiterated that the upcoming verdict and reaction present Thailand with a potential crisis.

“You [Administrative Court judges] have the responsibility to judge, but not with the hammer.

You can only decide within your heart whether the Constitution Tribunal makes the right ruling.

Your responsibility and duty are to criticise the ruling.

If they are wrong, there will be trouble whether or not political parties remain.

I have the answer in my heart but I have no right to say it.

But you must have the decision in your heart as to whether the Constitution Tribunal is right or wrong.

“But there will be trouble and damage, whatever ruling is made.

Any decision can be a mistake.

Therefore, there has to be some criticism.

If there can’t be official criticism, there has to be personal one.

That’s why I told you, you brought me trouble by bringing me this gown, because this gown means I’m also an Administrative Court judge.

“[We] can’t issue any ruling because we are not the Constitution Tribunal.

Being the Constitution Tribunal, they have the right to be involved in many things.

But if you listen to radio over the past two days, there has been heavy criticism about the courts.

You [Administrative Court judges] have to find a way to protect your fellow judges.

You took responsibility following what I said in Hua Hin over a year ago and consequently many things happened.

And those things have their causes.

But the things got entangled.

And soon they may be more so.

You must be well prepared to dispense some criticism – not as judges, but as individuals or specialists – to prevent our country from sinking and people saying we have done nothing or trying to solve the problem.

“You have the responsibility to prevent the country from sinking, to give more knowledge to knowledgeable people, or to educate those who have no knowledge, so that they will know which direction Thailand should take.

You can think, and you can say it, because you are the ones with the knowledge.

Please keep on trying to improve our country’s situation, which is not good at all this year,”

If the court rules against Thaksin as people expect based on layman’s understanding of the evidence presented, Thailand will move forward. If the court rules in favor of Thaksin, there will be mass psychological devastation as many Thais will lose hope in their country. Simply put there is more riding on this verdict than Thaksin’s impounded billions, in many cases the hopes of a country rides on it as well. Also if the court rules in favor of Thaksin, good Thais that have been reserved will move to plan ‘B’ and that is to look and act more like the red shirts when dealing with Thaksin.