Bringing what was deliberately left behind 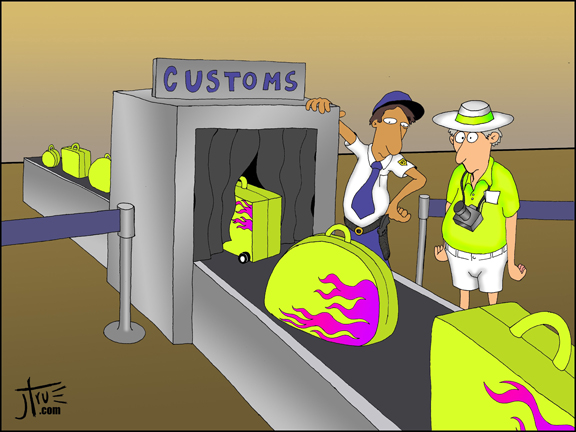 When people up and move from one place to another, most often they do so to leave something behind. But when some people insist that they bring that undesirable whatever along, they sometimes wonder why they don’t fit in at their new home.

The concept of moving away from something is not new, in fact if you stop and think about it that is how the United States of America was formed. Hundreds of thousands of people immigrated from Europe and other parts of the world to start a new life in America.

People leave their homes for a variety of reasons, and in each case it was a major decision in their lives. In many cases the slow change of their government was a major motivating factor. Taxation, repression, lack of freedom were all high reasons on the list.

More recently some people were choosing to move away from America. Many could not Tolerate Now former President George Bush. Many of his policies just were a bit hard to swallow. Based on his approval rating when he exited office at the end of his second term in January 2009, it is not to hard to fathom.

Choosing to live in another country is a big step for Americans. After all America has been the place people want to go. Perhaps they left to escape the choking political correctness, or just the attitude issue people seem to have. Perhaps it was the lure of a more exotic and low key life like living in Thailand or another southeast Asia country. It could be financial reasons in that the cost of living was too high. Whatever the reason, people decided to leave that part of their lives behind for what they saw as a better life.

So switching gears to the new country, and we start to see how these new people fit in. If they can adapt and assimilate the culture, they should fit in and have an enjoyable life. However if they insist on bringing what they left behind, they can expect nothing but problems from the locals at their new home. After all how many people would enjoy Talibans as neighbors if you want an extreme example. Shooting their women in the head does not go over very well outside of their small world.

So when you stop and think about it, the people who refuse to change or are unable to change just don’t fit in. They are shunned, isolated, and many times run out of town if they are too abrasive to the local community.

From time to time it is necessary to bring some of that undesirable stuff along.  Point in note, a person working away from his former home but still keeping the same job. The Internet opens opportunities for this to happen. An accountant can work comfortably from anyplace access to the Internet can be found. The same is true for many other jobs. Some of those jobs require a high intensity mind set and attitude to remain competitive. The key here is being able to turn that off in an instant and keep it from sight. If that can not be done then they can expect problems. Living in a place where the most important thing is having a good time, and suddenly injecting stress, anxiety, and attitude can quickly piss people off. Particularly if they too moved away from that, never mind being a local.

So the key to fitting in is very simple, just forget what you left behind and look to taste the fruit of the local culture.