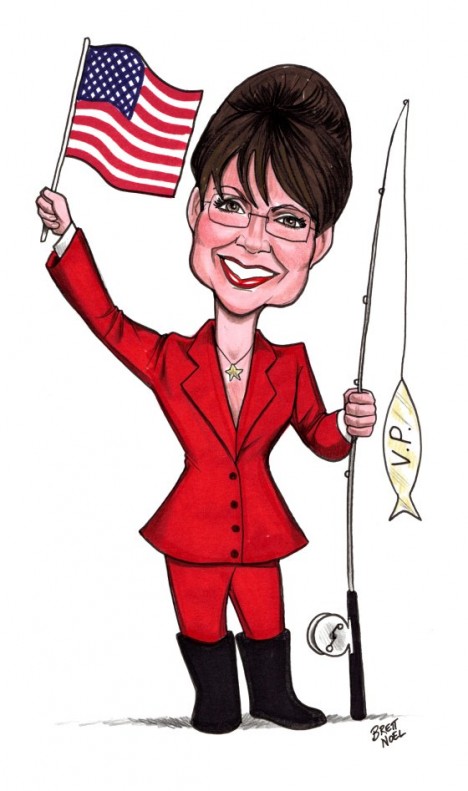 Over the past year or so the former Alaskan governor has become a bit of a household name. And with that name comes a variety of opinions that seem to cover every color in the rainbow.

From the word ‘Go’ Sarah has been an interesting person. With one of the first photos of her with a fresh hunting kill, her first impressions did not go over particularly well with the politically correct. After all political correctness is all about not hurting things, and particularly so with animals that children adore. But non the less Sarah was on the scene.

Aside from the fact that life in Alaska today is more like life in the lower 48 as it was in 1898 with guns, seemingly endless wilderness and the understanding that humans are not necessarily the top of the food chain, people adapted to her. Her quirky hockey mom connection was enough to connect with many mothers who spend the bulk of their afternoons and evenings running their children around to various activities.

Also her rogue type attitude has captured the attention of many, and people would root for her just because she is going against the grain. There is a certain morbid attraction to people who not only push but rip the envelope seeing what is beyond.

Setting all of the fluff aside and looking at Sarah Palin as presidential material brings on it’s own set of reactions. Depending on where you stand politically will influence how you react. From eye rolling to sly grins, an entirely new set of reactions is experienced as now what she does has a potential effect on at least 4 years of your life.

Some may think that Americans are not foolish enough to elect her, but this decade alone has proven otherwise with George Bush. In fact he was so bad there were many more expatriates during the Bush presidency than ever before as Americans fled him. That now famous red and blue map that showed the states with higher educations voted for Al Gore while the rest voted for George Bush is a stark reminder of what can happen.

Comparatively when it comes down to Obama and Palin, some how hockey moms do not stand up to the ethical and cultural diversity of President Obama that connects him with the rest of the world. Also being a politician in Alaska does not provide for much interaction with people who are not the great outdoors type, and that is a big handicap when it comes to international interaction.

In fact Connecting the Dots can not easily identify anything about Sarah Palin that would make her remotely marketable outside of her niche of Alaska. Alaska is a unique and wonderful state that reminds us of what things were like long ago before we messed up the planet by causing global warming. Life was simpler and dinner more often came from the end of a fishing pole than it did from the market. Unfortunately that is what today’s snapshot looks like for Sarah.

So when looking at the question is Sarah Palin a phenomenon or flop, we must say neither. We simply see her as a novelty, and as with all novelties they eventually will be replace with something else that captures our attention.