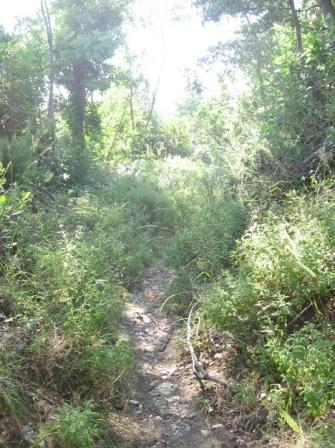 It was not that long ago that a tourist could visit Thailand and be completely oblivious to Thai politics. But unfortunately now that is not the case.

In what is clearly turning into a Hatfield vs McCoy feud in all of Thailand, politics has become impossible to avoid. Although essentially this is a Thai vs Thai conflict, one side has actively sought out involving non Thais and even other countries.

In April Thaksin’s Red Shirt army was prancing around Pattaya before they descended on the Asian summit. With banners in English, and talking in English that was clearly for western eyes and ears, they very deliberately disrupted people on holiday who could care less and only worried about how cold the beer was.

Prior to that The People’s Alliance for Democracy (PAD) also had banners in English for all the western world to read. Although banners in English is nothing new, the seeking out of non Thais and attempting to get them involved is new. Both sides are guilty of this. The PAD moved several rallies into the tourist shopping sectors of Bangkok and eventually the main airport. The one difference between the two is the Thaksin Red Shirts also brought violence.

Embassies have been sending out warnings as well to avoid political rallies. The emphasis on violence is apparent in each warning, and seems more pronounce when the Red Shirts are swarming.

Of late the red shirts have not had much to rally about, so seemingly less important issues become the rally point with the latest being trivial that may only involve one person and not the country.

The down side of involvement of non Thais in Thai politics will have a negative effect on Thailand, but also a negative effect on Thaksin. For the most part people obey and follow laws. With Thaksin being at the center and focus of this involvement and seeing he cares nothing about laws, people will develop their own opinions about Thaksin. It is fair to say the opinions will be negative as Thaksin is seen for what he is and that is a rich criminal on the run using his money to disrupt peoples lives who previously could care less.

As people are for the most part are being forced to observe Thai politics, they are also learning about it. In general when someone sees in the news some politician from another country getting involved in a fight, it makes news. Italy comes to mind as a place of frequent brawls. The underlying reasons never get more than a brief mention. But in Thailand it is persistent and in your face.

When you walk into a pub or restaurant filled with non Thais, and the discussions are about Thai politics you begin to see the scope of involvement. Five years ago conversations were about sports or other more pleasant topics.

So the next time you visit Thailand leave your red and yellow shirts at home. That way your chances of getting involved in Thai politics are less but not guaranteed.

« Women out of stock Monument to excess »