Toyota caught in the middle 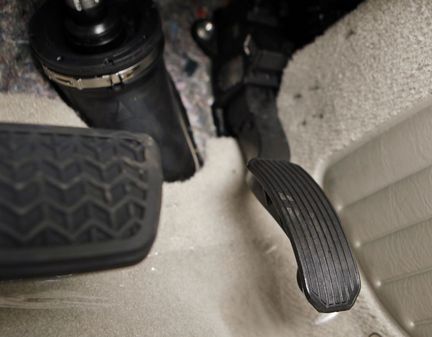 There is a saying that no good deed goes unpunished. The Toyota accelerator peddle problem seems to be proving that saying to be true.

From the start of this, Connecting the Dots applauds Toyota for not doing the coverup thing that we have seen in the past. They came straight out and hid nothing from the public. Looking back at car history perhaps the worse case was the Chevrolet Corvair that got Ralph Nader on the attack. Trying to hide a major design flaw and continuing to push sales thus pumping danger onto the streets for a profit was just a slap in the face of consumers. There were other less severe problems sprinkled along the time line all that were attempted to be hidden.

But here is Toyota doing the right thing by being open and they are simply being punished for this. Now most certainly there is a concern about this, and if you consider cities like Bangkok, you will suddenly realize that nearly every one of the thousands of taxies no matter what color are on Toyota’s recall list.

So now as we are writing this the reason for the accelerator problem has yet to be found or at least made public, and that is certainly feeding angry anxiety in the public. There have been cases in the past with other cars from other manufactures that was based on the weather. Volkswagen had a problem with cars that were made in Germany and shipped to the USA. The problem was a small Teflon valve that regulated fuel flow that simply did not like the weather in the USA and failed. The fix was simple by changing the type of Teflon but did cause public relation problems.

What makes this such a big problem is based on the popularity of Toyota. Because they are quality cars, there are a lot sold, and that means a lot need to be recalled. If the cars were less popular the problem would not be as wide spread, hence the bigger they are the harder they fall.

Bottom line is Connecting the Dots sees Toyota is doing exactly the right thing if you weigh in morals and ethics. Those human qualities are rare in big companies and are often replaced with greed and looking to cut corners to increase profits. That is the reason why we have decided to give Toyota a shining star in the middle of this storm. To stand up and admit they have a problem is a rare trait. There are few people who will stand up and openly admit they were wrong because it effects their ego negatively. But nevertheless admitting self error is a quality that shows morals and ethics come before ego, and that is a quality seen in only the best.

No design is perfect and after a part becomes worn slightly it certainly will perform differently. We do not know if that is the case with this particular problem, but we do know Toyota is doing all it can to make things right. For that, people should also exercise the same qualities in behavior and let Toyota do what they need to do without jumping down their throat. By doing that they will show they are at the same level as Toyota and not below them.

One Response to Toyota caught in the middle