I NEED YOUR HELP MOVING MILLIONS 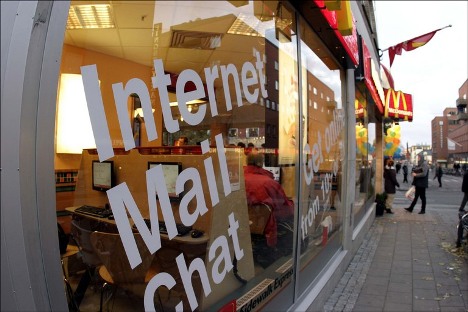 Nearly everyone has got a few of I need your help emails. They are clearly bogus to all but the most novice of Internet and email users. So if you have ever thought about where these scam artists are, you may be a bit surprised.

This ripoff has been going for about as long as email has been around. Governments with agencies like the FBI  have been involved in nailing these people down. Some older but unverified information Connecting the Dots has is that emails coming from certain countries or places are flagged or marked and eventually result in raids to catch the culprits.

So now after a few raids and some jail time being dispensed by the courts, a countering tactic is being used by the scam artists. That tactic is to fly to other countries where they can stay for an extended period of time on a tourist or other type of visa. As it would be Thailand is one of the places that now inadvertently hosts these scam artists.

Our information comes second hand but non the less we feel it is accurate. Many of the scam artists are hanging in and about Internet cafes in and around the Nana area of Bangkok. Recently there has been a huge influx of people from the originating countries that the scam artists come from, and apparently they have set up shop blasting out their scam letters.

There is a growing community of crime being setup in a small two block area that caters to people from the Middle East and some African countries. In fact a nickname has been given to Sukhumvit Soi 3/1 as Soi Al Qaeda as there has been at least one high profile arrest in the area associated with terrorism and dozens of fake passports.

The Nana area of Bangkok is a tourist area as well as the location of several embassies. It is also an area that part of Bangkok’s naughty nightlife can be found with several venues including Go-Go bars and beer bars. It is a very mixed community with dozens of countries represented.

Stopping the scam artists becomes a much more difficult task than catching a greased pig. They are part of a well organized network. The person that contacts you is apparently just a fisher. Once they get a bite the communication is handed off to someone else who may be called a milker as they search for the potential victim’s soft spot. This person is likely in a different location near to where the potential funds will be sent to.

So until a money transfer has been made no crime has been committed. The fishers for the most part although are involved in organized crime are breaking no laws and thus nearly impossible to stop. They do not get the money directly so no crime is committed by them. They simply have passed along information about a person.

There is one website / blog that encourages people to engage these scam artists eating up their time and reducing the list of their potential victims. If you have the time and are looking for a new hobby, play this game stringing the scam artist along as they open their bag of sob stories. As long as you know the game, you can keep them tied up for months with leads that look promising to them but are ultimately dry wells.