Why some western men commit suicide in Thailand Part 1 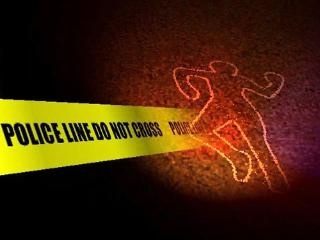 Thailand has its share of problems at the moment. There is political unrest that can erupt into violence, there is poverty and there is corruption that contributes to the poverty. Despite all that and more, most men prefer Thailand over their home country that may be rich, full of the most wonderful and modern technology and relatively free of corruption.

When a man first sets foot in Thailand for whatever reason be it business or holiday, it does not take him long to get addicted. The charm of Thailand is all too addictive with the simplicity of a smile. After about a day people come to realize there is no political correctness, and to virtually everyone it is like a breath of fresh air. If fact every time political correctness rears its ugly head, it is quickly beaten back so as to not spoil this paradise on earth.

The beaches are amongst the most beautiful in the world, and the kindness and hospitality offered to tourists is second to none. The magic and disarming effects of a smile melt away the sharpest edges of stress. You can go and get a wonderful 2 hour Thai massage including tip for about $15.00 USD if you know where to look. When it comes to Thai cuisine people find the food spicy and mouth watering.

If a man sets his mind to make the jump and abandon his own country to live in Thailand as many do, he will do so without hesitation often taking a huge financial hit to do so. The cost of living together with the wage scale in Thailand is amongst the lowest in the world. Leaving a $60,000 USD job in the US to work for roughly $13,000 USD in Thailand looks absolutely insane to people that have never set foot in Thailand, but not to people that have.

If there is anything Thai men have done right, it is to make Thailand a wonderful country for men, and to that every man applauds them. The Chinese have a saying that reads ‘For every ten men that visit Thailand, eleven want to stay.’ Men can be men in Thailand and insuring a man’s dignity is amongst the highest priority in Thailand. The defamation laws are amongst the strongest in the world and getting serious jail time for openly attacking someone and doing damage to their face is simply not tolerated. There are no tabloids in Thailand, and internet attack websites are quickly dispatched and the people involved in them suddenly find their lives have just taken a turn for the worst.

Thailand is all about being a man, having dignity, and enjoying the basics of what life has to offer. Modern technology, excessive wealth and the rat race of the west come in a distant second.