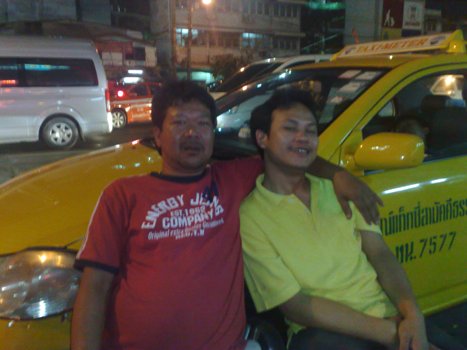 It has all come down to a decisive moment for the Thai people. The choices simply are move forward and become a better partner in a global community, or move backwards to satisfy the personal self serving desires of convicted fugitive Thaksin Shinawatra.

It all seems to come down to a few days of heated rallies that are due to start assembling March 12. The number of protestors as compared to the boasted numbers will be very different, but non the less the psychological card must be played by both sides.

Moving Thailand forwards or backwards in this case is not a metaphor, it is a genuine goal that has been well documented by the media. Prime Minister Abhisit wants to move Thailand forward and become a bigger part in the global community. By doing that there are significant gains and advantages for the Thai people as well as foreign businesses operating in Thailand. It is a win, win situation for all if it is done correctly and with transparency for all to see.

However for the convicted fugitive Thaksin Shinawatra, he clearly and frequently announces he wants to move Thailand backwards to September 18, 2006 and pick up where he left off. Simply looking at the calendar that is a 3.5 years backwards step. There is no sanity to this desire. It is simply an ego and greed driven obsession of a very sick mind. Thaksin simply can not accept the will of others no matter who they are be it royalty or not, Thai or not. Simply everyone who Thaksin can see without the use of a mirror is ignored.

But as it would be this is the decision by force that will be undertaken. Thaksin’s billions is funding his movement with offerings if he is successful in his bid to overthrow all in authority in Thailand, and then promptly see to their disappearance for daring to cross him. Because of that it is truly a sad time for Thailand. Thaksin’s followers have seemingly forgotten the wisdom of the King spoken to them in his many birthday speeches over the years.

Ironically this may be the fallout of Thailand’s education system. Whether by design or accident, Thailand’s education system is a complete disaster when compared to other countries. Failing students are passed ahead as long as they are still breathing. As a result they end up having no skills to have a financially successful or reasonable quality of life and will need to rely on others to have any measurable level of success. But even that the skills are not present, the desire to have things and a relatively comfortable life is not quenched by lack of ability. It is those people who follow Thaksin with the hopes of handouts.  They appear willing to sacrifice their country to a dictator in exchange for being allowed to sleep in class.

With that consideration it becomes a bit of a paradox to move Thailand forward. All elements of Thai society and government must be targeted at moving forward including the education system. If the education system was designed to keep the rich dominant in Thai society and the poor submissive and relatively uneducated, it does not matter what the morals and ethical background of the rich are. In this case a psychotic rich convicted fugitive may be the man at the top because using education or lack of as a controlling tool does seem to be a double edge sword for those who use it. It is this past decision that will decide the future direction of Thailand.