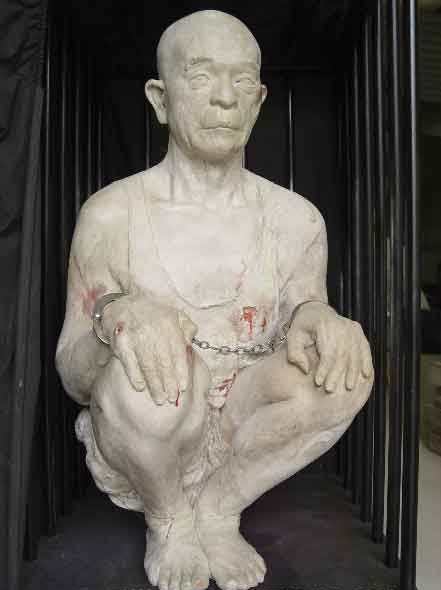 The man made monster known as Political Correctness has been criticized for many things. It has been seen consuming peoples freedoms and punishing people who do not comply. It has cause people to be weak willed and easily upset by the simple facts of life. In many ways it has removed the dignity of people to be themselves.

When someone has something basic removed from them, it is seen as an infringement on their dignity. For example the privacy of using a toilet is seen as basic dignity. The petitions in a public toilet provide basic dignity as people tend to the call of nature. Remove the petitions and you would clearly see people in revolt in a matter of minutes.

Extend that to the personal choices people make like where they want to go, who they want to see or what they want to do are also basics of dignity. Place a person in prisons and you have removed their dignity of where they can go. Public gang showers in prison are also seen as a removal of dignity as a person may not desire to show their body to another person. In short the dignity of privacy. There is much to be said about the new full body scanners being employed at airports to counter terrorism as people feel an infringement on their dignity.

When a person decides to involve themselves in something be it good or bad, they are using the dignity of choice. Good and bad are simply defined as having some affect on others. If your choice does not affect others then it is generally seen as a good choice. A smoker will affect the people around them even that they are allowed the dignity to smoke if they wish. Even that smoking is known to be bad, smokers are still allowed the dignity of choice and they are banished to the outside in the elements to indulge their habit away from others.

Under that description a person who may elect to watch a ‘X’ rated adult film in the privacy of their own home is seen as acceptable to all but people who have their own sexual issues and are in need of counseling or therapy. So the dignity of watching adults who have chosen to perform sexual acts in front of a camera is accepted.

When it comes to the movie or video gaming industry, a rating system has been employed to help parents keep young eyes and minds away from adult themes and the reality of the world we live in. Young minds must be allowed to develop and learn the foundations of morals and ethics as taught by parents. Once that foundation is there, normally they are allowed exposure to the real world gradually to toughen them up for the unavoidable hard times that will come someday.

This is seen also in nature as baby animals discover things to stay away from. The back end of a skunk is one such example. By over protecting children into their adult years, their dignity is taken away as they are expected to be making their own choices by then. The dignity of being an adult is removed as they are still treated like children with the inability to cope by people who are over mothering. In this case over mothering contributes to mental health problems as needed exposure to reality is removed.