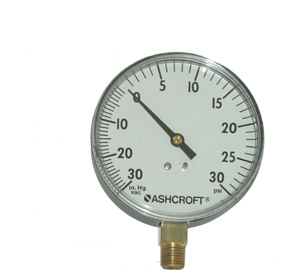 If there was ever some topic that would be ultimately uncomfortable for Thais to hear the answer, this would be it. So because Thailand seems to be so preoccupied in marking up the mirror and not dealing with the source of the reflection, Connecting the Dots felt this would be a good topic to explore.

Connecting the Dots decided to explore this topic simply because it found its way to the news and is of concern to Thailand as a whole. What we have to say about it may surprise you or not.

“Thai people should speak up and spread as much correct and balanced information as possible to the world. The problem is that there are not enough people doing that. If you start watching something and question it, you should say so,” said writer and music conductor Somtow Sucharitkul.

“We are not just fighting against [those in] the media that give distorted stories. We are also battling the perception of how developed countries see developing countries,” he said at a forum held at the Faculty of Journalism and Mass Communication at Thammasat University.

Most the 50 attendees were from the media and the student community.

Somtow will be one of five members of a committee to be set up to find resolve the problem and decide on the appropriate measures for doing so.

As a result of yesterday’s discussion, the committee will invite foreign reporters for a debate at the Foreign Correspondents Club of Thailand on the problem of media ethics and professionalism.

“The problem is that some foreign media are giving only a one-sided story,” said faculty dean Pornchit Sombutphanich.

The president of the Satellite Television Association (Thailand), Niphon Naksompop, presented and compared video clips of the turmoil in Thailand by foreign media, including CNN, Al Jazeera and France 24.

“CNN interviewed protesters and their leaders, who said they only had slingshots, fireworks, firecrackers and rocks while the troops were armed with war weapons. But Al Jazeera showed the picture of protesters holding guns,” he said.

Entertainer Kamol Sukosol Clapp, who lives in Soi Ngam Duplee in downtown Bangkok, said he had gone to the flashpoint areas last week to see if the violence would possibly reach his house.

He had heard plenty of rumours spread in the area and therefore needed to check out what was actually happening on the ground.

He was at the same spot that CNN’s Dan Rivers was reporting on one occasion, and his experience was different from what the reporter was saying, Kamol told the forum.

He told CNN this was the case, but received no reply, he added. Instead of boycotting foreign media as some have proposed, Kamol agreed that ordinary people could make a difference.

“The Internet gives small fish a chance to express their opinion and make themselves heard. I believe that if enough people speak up, they will make an impact,”he said.

“I’d rather not use the word celebrity, but the people who have influence over others should stop playing safe and get out more,” he said.

Education will play a crucial role in solving the problem in the long run, he said. “On the bigger stage, the government should start thinking globally. The world has changed. We are living a globalised world and we are playing a global game.”

Parames Rachjaibun, chairman emeritus of the Advertising Association of Thailand, also stressed the importance of the government having a global perspective. “I think at this point, the hiring of professional PR with global connections is necessary,” he said.

So now armed with this information Connecting the Dots will explore this in greater depth in Part 2 from several viewpoints. We will look at both the cause and the effect of this issue that largely is about Thai pride.

One Response to Thailand’s concern about media bias Part 1