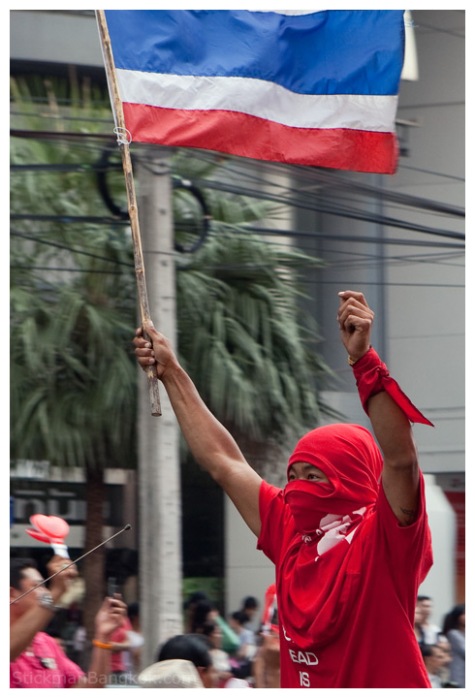 For many people looking to visit Thailand again or for the first time, the words ‘State of emergency’ can cause you to change your plans and not go to Thailand. The simple fact if the matter is unless you are looking to break the law, the state of emergency is completely transparent.

Rioting and burning the city is not one of the regular tourist activities found in the brochures for Thailand. Neither is trying to overthrow the government or beating up on people who do not share the political views of the Red Shirts. If you do decide to indulge yourself in those activities, you would most certainly be labeled as ‘Idiots in the news’ as seen below in the news clipping.

A Briton and an Australian who took part in Bangkok warfare and red shirted protests in May were charged Thursday with breaking emergency laws.

The maximum punishment of the charge could lead to two years in prison. Briton Jeff Savage, 48, screamed abusive comments about Prime Minister Abhisit Vejjajiva and the PM’s wife as he was led past reporters on Thursday. He called Abhisit “a murderer.”

Meanwhile Australian Conor Purcell, 30, is accused of breaking emergency laws imposed in Bangkok in May. He was a regular speaker at red shirts protests.

“I’m confident I can beat the charges,” Purcell said to reporters.

A video footage showed Savage stating his intention to set fire to the CentralWorld shopping mall after the red shirts leaders surrendered and ended the protests.

The defence is expected to call Dr weng Tohjirakarn, a red shirt leader, to testify in the Australia’s favour.  weng is now detained under terrorism charge.

The court set the next hearing for July 28.

So very simply for a tourist The state of emergency is not visible. Thailand is as Thailand was with the exception of a temporary reduction in downtown shopping options. In fact for the most part Thailand is actually safer while the state of emergency is in effect. The trouble makers risk a no questions asked trip to some form of incarceration if they poke their heads up with intent to make trouble. 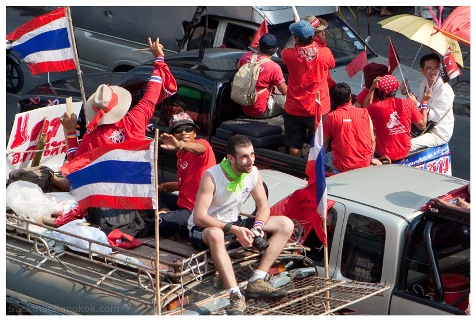 Even after the state of emergency is lifted, Connecting the Dots feels things will be better for several months as the Abhisit government is not playing games, and the Red Shirt protesters are just starting to figure that out from their jail cells. The only people at heightened risk are members of the government as there is little doubt assassinations are being planned by pro Thaksin people.
So putting all that aside, Thailand is open and ready for tourists as tourist destinations are being treated as sacred grounds with full Buddhist blessings.

« They can do no wrong Red Shirt bail money source questioned »

One Response to Thailand’s null state of emergency for tourists