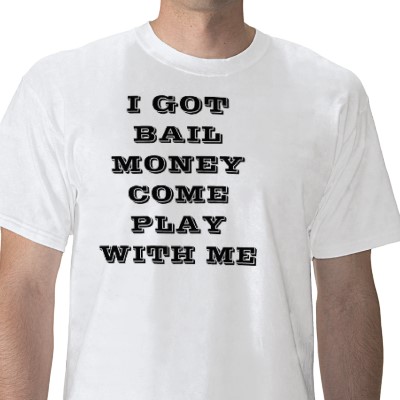 Looking at the chain of events for the 11 Red Shirt leaders leading up to having 1 million Baht of bail money available, the first and most obvious question is where it came from. Seeing that their bank accounts were locked down and some were crying poverty, the first and almost instinctual conclusion many now have is Thaksin is footing the bail.

Connecting the Dots admittedly did not do much research on this, in fact we could be accused of being a bit lazy. But in this case all we want to do is plant the seeds of question and give people something to think about.

As many people are happily relieved that the Red Shirt leaders did not get set loose by the court, the nagging question is where did they come up with 1 million Baht to offer as bail. The second question after that is seeing that they were refused bail, their lawyers are saying they will offer 1.5 million Baht bail at the next hearing.

Connecting the Dots already is seeing the starts of a Thaksin signature, but we need one more dot to be sure. The Thaksin signature is the increasing force with each and every attack. For Thaksin 11 million Baht is nothing after reading about the huge money spent on the Red Shirt rally that lead to the freezing of their bank accounts.

if this is the case then this is the front line of the old Thailand and Prime Minister Abhisit’s reformed Thailand. To commit a crime knowing the significant chances of walking or delaying the eventual court ruling, simply invites the behavior that was seen at this latest Red Shirt rally. If a person thinks he will end up in jail without bail, they will run their intentions in their mind several times trying to conclude if it is all worth it.

The significant suggestion of not getting cut loose with bail will probably be the most significant tool in stemming future political violence as well as crime. It is tied to the removal of the double standard that the Red Shirts were rallying about, so this is just another example of be careful of what you ask for.

There is little doubt that one of the things running in the Red Shirt leaders minds is ‘Thaksin will take care of us’, and that bit of assurance cause them to act as if they were bullet proof as was seen with the rhetoric from the Red Shirt stage that included the burning of Bangkok.

There is little doubt the Thai government would like to deny Thaksin of buying any more favors, but in this case it is up to the courts. Bail money is meant to be a form of pending sacrifice for not following the courts conditions of bail. But when the money does not belong to the accused who is seeking bail, there is no incentive to listen to the court particularly in this case if Thaksin is indeed fronting the money. To Thaksin this would simply be an investment with the returns of getting the Red Shirt leaders back into the community and ultimately back on the attack.