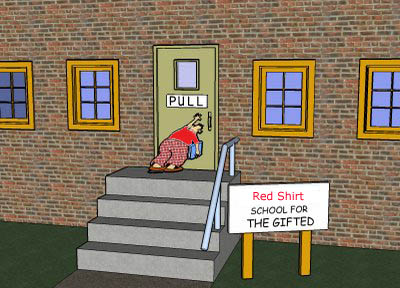 It would seem that the Red Shirts last battle cry of the ‘End Game, Do or Die, Make or Break’ was yet another bunch of words meant to sound impressive. So their comments now are reason for concern that yet another round of violence is coming. But as it would be, those comments at this time are clearly not thought out as they clearly invite more problems for the Red Shirts.

Perhaps it is foolish or just plain dumb to be starting with the Red Shirt rhetoric while the courts are weighing granting and or revoking bail to Red Shirt leaders charged with terrorism. With the pattern of increasing violence each and every time they get together for a major rally, the judges will no doubt weigh these statements at the next consideration for bail.

Red shirts down, but not out
A UDD leader says the group has learned valuable lessons to prepare it for its second act

It has been a month since red shirt protesters were dispersed from Ratchaprasong intersection, ending a two-month, violent protest.

With its core leaders in custody and charged with terrorism, many people might now wonder if the red shirt movement, which proved a formidable force in opposing the Abhisit Vejjajiva government over the past 18 months, will now just fade away.

The United Front for Democracy against Dictatorship (UDD) might well be down, but it is definitely not out.

One UDD leader who asked not to be named said the red shirts are planning more strategies for their campaign to oust the government and what they label the amataya, or social elite.

“It is only a matter of time before a new attack is mounted,” the red shirt leader said. “It will be a whole new game.”

Details of the red shirts’ renewed campaign should become clearer following a seminar organized by the Pheu Thai Party, the principal aim of which is to prepare for the next general election and what they expect to be their return to power.

It is being widely speculated that Prime Minister Abhisit might dissolve the House and call a snap election late this year or early next, even though his term does not expire until late next year. The source said that with fresh elections perhaps just around the corner, the UDD would take a back seat and let the Pheu Thai Party take the lead.

The opposition party has decided it is time to return to the game which is decided by the voters. The red shirts will become Pheu Thai’s mechanism to drum up support and woo votes.

“From now on, Pheu Thai will have to run the show. Its members will have to go out and meet their constituents more,” the source said.

“They will have to reach out.

“The red shirts will stay put, holding small rallies to keep in touch with their supporters and sympathizers.”

“We didn’t lose but our capacity was curbed. The government might have won [with the May 19 military action to retake Ratchaprasong intersection], but its win wasn’t flawless. The wrongdoings they have been accused of will come back to haunt them.”

The red shirt leader said there are some lessons learned which must be addressed before another protest campaign is mounted.

Some red shirt members will have to be “excluded” to ensure smooth collaboration. Somebody who can liaise with all groups is also needed.

It must be admitted that some UDD leaders pursued personal interests in the recent campaign, undermining the objectives of the entire movement.

A lack of collaboration and coordination made the protest campaign tough for the UDD to handle, the red shirt leader said, partly because some used guerrilla strategies and tactics.

“This is the best approach, but it is not accepted. So action plans and orders have to be relayed from one to another, but we don’t have a person who can communicate with every group.”

Red shirt leader Jatuporn Prompan recently ruled out regrouping the red shirts any time soon – at least not in the next two months.

He said it was time to demand justice for protesters killed or injured in the military actions of April10 and May 19.

All things considered, the value of the Red Shirt’s desired prize is reduced with each passing day. If you start counting from the start of the last Red Shirt rally in March, already about 1/5 of the time until the next scheduled elections has passed and thus 1/5 of the value of the goal of early elections. So this leads us to consider the following; Who is still impatient enough and would still want the early election, and who would benefit from and early election. In both cases that is a short list of 1 person and that one person is Thaksin Shinawatra.

This is a perfect example of Thaksin not being able to stop. From Connecting the Dots vantage point Thaksin had little or no gains from this last Red Shirt attack. It is more likely he lost ground seeing all that happened. But to a psychotic mind some gain must be made to satisfy the desire. So very simply unless Thaksin is out of the game, he will work towards seeing that gain before the next planned elections. To anyone else trying again along the same lines could easily be seen as insanity.