We are not in control of our lives 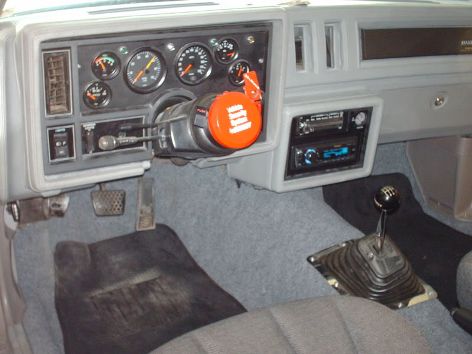 Never mind democracy or any form of government. Forget about thinking we decide our life’s path. Forget all that we were ever taught about how we control our own destiny. The unfortunate reality is we are little more than a dandelion seed in the wind.

As Connecting the Dots builds its reputation on painting the big picture and making accurate predictions of the future, we have discovered a set of dots that simply spells out the illusion of our lives. There is a sobering reality of how little control we have over where we ultimately will end up. It has nothing to do with choice or the perception of choice. It all comes down to being reactive to the few that control the destiny of the human race.

When you stop and think about it, ask yourself how much of what we do on a day to day basis is all about compensating for passive controls of the few that hold our destiny in their hands. We are not talking about The President of The United States as he is also in the same situation of not being in control of his life and spends much of his time compensating as well. We are talking about the big companies that have the ability to make a big mess that we all will have to deal with.

Think about your typical rally or protest that is not directed at a government and you will quickly see that it is directed at some decision or behavior of one or more companies. Their actions have negatively changed our lives and we fight to get that negative removed. This is simply compensation. Take global warming for example, if you stop and think about it you will discover at some point it is being caused by companies. As a result we will have to deal with rising sea levels that are already locked in, famine, and whatever else nature will throw at us to reduce our population.

Take a look at the BP oil disaster in the Gulf of Mexico and then think about the unstoppable man made mud volcano in Indonesia that continues to consume land and peoples lives. Look at the global economic meltdown and the relatively few that started it that impacted the entire planet. When you look at all three of these examples you will note governments were involved in trying to undo the damage they caused as well.

There are countless examples that are not on a global scale as well. Take for example any company that mistreats employees. They in turn spend much of their energy and time fighting the company just to get fair compensation and respect. Think about company mismanagement that could cause the company to fail. Think about the tainted and harmful products from some Chinese companies that cost lives and then seeing the Chinese government stepping in to compensate for those companies as well.

So when you sit down you will discover some percentage of your time is spent compensating for the negative actions of the few. In some cases the damage is done and we will have to live with it for the rest of our lives as it is now past human control. Global warming is just the big example of many. Lifelong sickness from tainted products is another. All these problems are as a result of conscious decisions and are not accidents and all tied to greed. BP consciously bypassed safety procedures, and the impact from the still unfolding environmental disaster will be around for several decades if not longer.

It almost seems hopeless short of imposing mandatory capital punishment, but even then it may not work as many rich are generally successful in hiding if they want to. So we offer no suggested fix other than finding your own personal way to deal with this reality of life.

One Response to We are not in control of our lives