The number of players in this Alpha game is actually quite big. But in order for us to paint a proper picture, as many of them need to be identified as possible.

The next group that plays a part is The People’s Alliance for Democracy (PAD). Although they have been quietly watching from the sidelines for the past year, they do offer significant influence.

General Prem Tinsulanonda is also a significant player, and although he is the most senior player in this Alpha game, he still has his Alpha qualities as proven by his position near the top of Thaksin’s ‘In my way list’. General Prem still has significant influence and respect in all corners of Thai society that are loyal to the King and have not been polluted with propaganda. He has the ability to pull people together who have gotten lost in the fog.

The final group in all of this is the Monarchy. As it is, each group either appears to be defending or attacking the Monarchy. In this case the Monarchy seems to be both the prize and forbidden fruit at the same time.

So as we have identified all the players, it now becomes necessary to place them on the game board. But before we do that, there is one universal factor that can not be ignored by either side. That one factor is time itself.

No Alpha can remain an Alpha forever. As time catches up some Alpha Qualities begin to fade. Depending on the makeup of the followers of a particular Alpha, it will decide when that Alpha will see his sunset. If they follow the Alpha for his intellect and leadership abilities, then chances are he will stay an Alpha longer than Alphas who uses other attributes. In some countries a man’s worth is established by his fighting abilities, while in other countries on his ability to lead. This is a form of governed succession where some qualities are needed to become the Alpha. 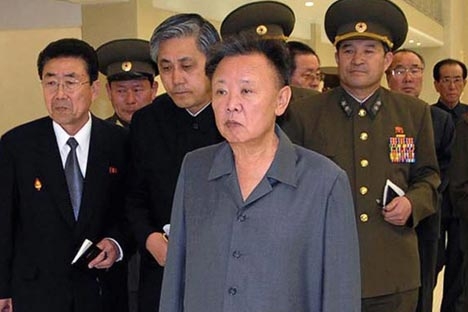 In countries where succession drives who is next at the top, it is a bit like a lottery. If you take an example like North Korea where succession looks to be very soon, the next dictator will either be better or worse based on his personality. In short you get what you get. There is no election or identification of qualities to insure some sort of upgrade or at least a perceived upgrade. This does not necessarily match nature because of the human greed consideration. Morals and ethics are not factors in consideration of who the next Alpha will be either.

Unfortunate as it is for Thailand and based on education, the physical attributes take priority over the leadership attributes. Achievements of the past are not necessarily considered when selecting an Alpha. Simply put present tense is all that is important when physical cues are considered. 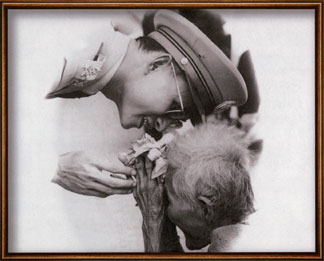 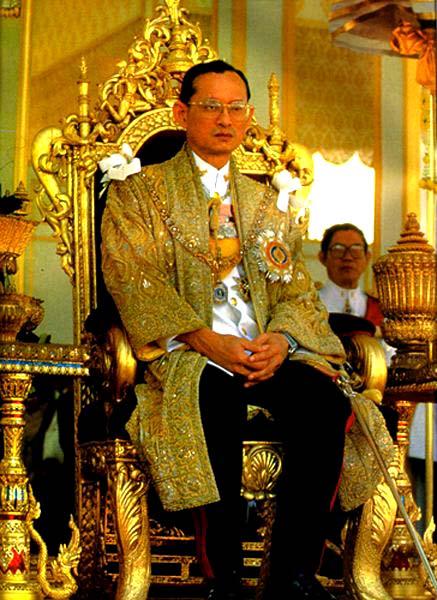 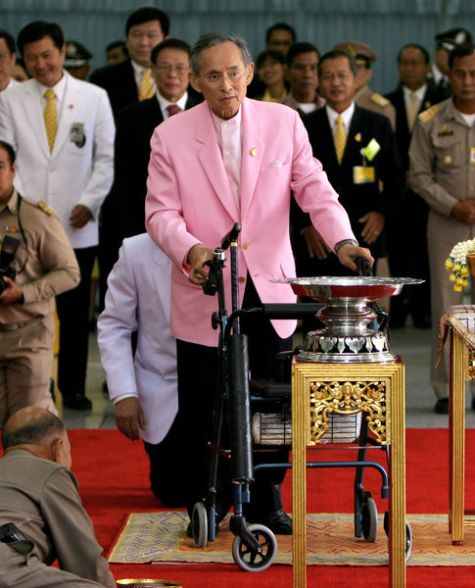 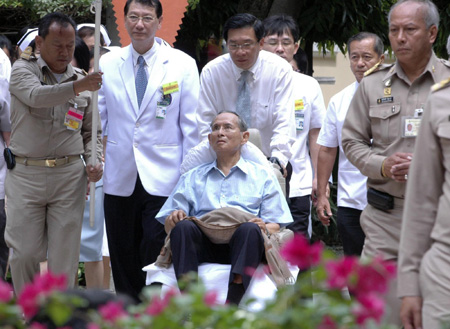 With pictures of the King broadcast everyday showing and reminding Thais of all ages what their King has done to make their lives better, the same pictures show a very clear contrast of how the King was in his prime, as compared to today where age shows an entirely different image. It is this one visual factor that fuels the anti Monarchy movement that appears to be lead and funded by Thaksin. Thaksin clearly seeks to be the next Alpha over all in Thailand. The Alpha physical strength visual cues support Thaksin over the King. You can swap out any two people given the same scenario and get the same results as it is a universal visual cue as we too are part of nature.