Stepping back and identifying what could be described as Lèse majesté actions, we see that it is indeed a network of people each doing a different task. As each task alone does not warrant being called a Lèse majesté action, collectively they do.

Looking at Thaksin’s cronies who are serving to funnel cash to the Red Shirts, metaphorically they could be seen as the blood that delivers oxygen to the muscle otherwise known as the Red Shirts. Without blood and oxygen the muscle simply will not function and be useless. Based on comments that have come from the Red Shirts over the past few years, many comments were found to be Lèse majesté and some significant jail time is being served because of those comments. The basis of those comments is Pro Thaksin propaganda or if you prefer anti government propaganda. Whatever way you look at it, they are highly distorted. As a result the people serving jail time for Lèse majesté are actually victims of Thaksin by believing those distortions. 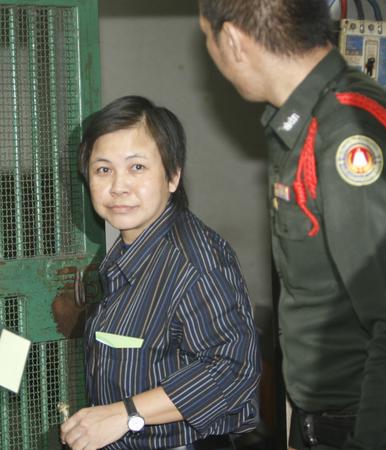 Many of the roots of the Lèse majesté comments are based in the suggestion that Thaksin is a better provider than anyone they had in the past without making mention of anyone else by name. Also the subtle suggestions that change is needed and that can only be done by restoring Thaksin to power. All of this had to be implied without saying names or it would all come crashing down. The trick was to get people to come to the desired conclusion themselves. By nurturing that subtle suggestion along, some actually took it too far and stepped way over the Lèse majesté line. As it is, a significant number of Thaksin followers believe Thaksin is the top Alpha over all in Thailand. For those that do not recognize this, it is called programming, or more specifically NLP.

When you consider some of the high end image makers Thaksin employed after the Coup, learning the skills to program Thaksin supporters was easy. Companies do this all the time when they bring in motivational speakers. As a result the company employees get their priorities messed up and put the company before family. That often leads to the destruction of the family. The only people that can quickly undo the NLP programming is a clinical hypnotherapist who is trained in NLP. Without that the de-programming can take years to do in some cases. Even with a psychologist or psychiatrist the de-programming will take a very long time as the programming is rooted in the subconscious mind, and the subconscious mind is the realm of the hypnotherapist.

Most of this programming was done in a political setting by the PTP and People Power Party (PPP) over the past few years. So if you consider the desired outcome, the PPP and the PTP contributed to passively putting Thaksin over the King as well. Because others saw this and recognized it for what it was, placing the label of anti Monarchy on Thaksin was and is a absolutely correct. But because this was only implied it became semi deniable.

The programmed Thais simply concluded that change was needed and that is part of the blindness people see when talking to a Red Shirt. It is that programming that was displayed at every Red Shirt rally and why talking sense to them is almost useless. They are convinced that Thaksin is the only man for the job and they will challenge any proof that says otherwise as being fabricated. 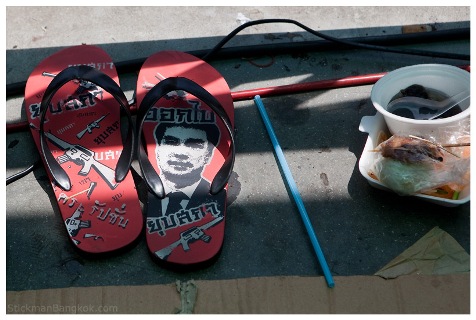 In this case to bring back balance the government needs to employ proper countering tactics as pro Thaksin people are programmed to win. No matter if Abhisit and his government out do Thaksin’s generosity and properly sort out the double standard, as far as the programmed Thais are concerned Thaksin is the Alpha over all and his place is at the top.