Pheu Thai Party – ‘All for one’ 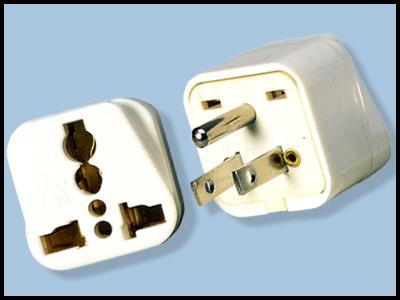 In the story of the “Three Musketeers”, their catch phrase was ‘All for one and one for all’ and they lived up to it. But when you look at the Pheu Thai Party (PTP), you see that they are all for one, and only for one.

Putting aside the hard realities of what will happen to the incumbent PTP members once the 5 year suspension period for the former Thai Rak Thai (TRT) comes to an end in 2012, you simply find it hard to believe that they still have not done anything for the people. The people who voted them into office  wanted the PTP to help them, but instead they are only for Thaksin. Expecting to get reelected simply because they are PTP is wishful thinking at best.

For the most part based on what the PTP is saying and what they are doing, they have not figured out that their job is to take care of the people that elected them. It does not require Thaksin to enact Thaksin’s policies, only someone who has functioning brain cells.

This is also looking like it is one of those things that has not been thought out to conclusion at all. Consider if you would that the incumbent (PTP) is in reality Thaksin’s ‘C’ team. His ‘A’ team would be people from the TRT. Thaksin’s ‘B’ team was inside the People Power Party (PPP).

As it would be whether Thaksin is eventually arrested and jailed, or he gets back in power, there is only 1 job position open, and as soon as the ‘A’ team gets off their 5 year suspension, they will likely push the ‘C’ team out.

To think that Thaksin will take care of them or the second half of ‘All for one and one for all’ cliche being the ‘one for all’, they need to think again. It is clear Thaksin is making due with what he has simply because he has no choice. The people that follow him do so because they are so inept they would likely starve in a well stocked kitchen because they can not cook. Seeing that they decided to go shopping in the local prison for a candidate to run in the next election is really too embarrassing to even think about.

Now that is not to say all members of the PTP are that bad as there are some bright bulbs out there. But being in the PTP simply means as bright as that bulb is, it gets unplugged as Thaksin has the final say.

So when you stop and listen to the platform their incarcerated candidate will run on, you hear nothing about helping the Thai people. Restoring the 1997 Constitution and getting Thaksin back in power are all about the one, and nothing else. Seeing that is has been the most popular story in the local media, it is easy to understand why we flagged it in the ‘Popcorn’ category.

As it is there are better choices out there and there is enough variety between the other parties during the next general elections to foster the changes Thailand needs. Thaksin is not the answer, at least not anymore. He has poisoned himself on the global stage, and would only take Thailand down if he ever came back to power.