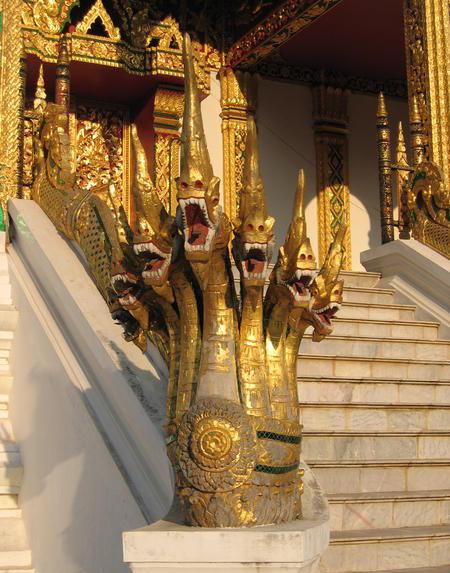 State of Emergency (SOE) is one of those panic phrases that is right up there with ‘Shark’ or ‘Fire’! But when it comes to Thailand’s present SOE, there are more people welcoming it than one would imagine, and we are not talking about the government who imposed it.

This is actually a very interesting topic when you come and think about it. It is a bit like looking at some multi headed snake with each head having an entirely different personality. Some heads are nice and kind, while other spew venom.  So it seems that the Thai SOE may be best described as having a multiple personality disorder.

What head of that snake you see depends on entirely where you stand. The pro Thaksin violent prone trouble makers see it as a venom spewing demon. The pro Thaksin people that are not violent see it as some sort of heavy handed tactic that seems to have a reason to exist. The anti Thaksin people have mixed views depending on how it is effecting their livelihood. To the non-Thais who live in Thailand, many see it as the lesser of two evils when considering what happened during the latest Red Shirt occupation of Bangkok.

There is no 100% match to our comment from any of the mentioned groups, only that the majority in that group feel that way. For example the Red Shirts were simply out of control and many Red Shirt protesters left the so called rally because they were uncomfortable. So as with anything that lacks the ability to have self control, someone or something must take on that task to provide protection to others.

When viewed from outside of Thailand, SOE is an absolute and must be taken at face value. There is no looking around and judging for yourself. So to error on the safe side, staying out of Thailand is the suggested response. But from inside Thailand, this particular SOE is like a welcome friend. Unless you are planning to have a political rally, it is completely invisible. For the average tourist, it is no different than seeing well armed police on the beach in Rio. They are there to protect you. So the SOE could also be called a cop on steroids sort of like RoboCop. The goal is to stop the people who want to cause unrest from doing so. 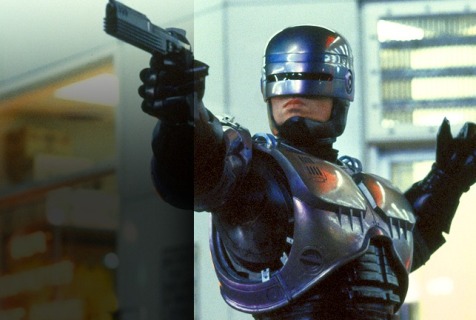 Another view is from the human rights group, but then again they are often so disconnected from what is going on, they sound like the ultimate expert quoting from a memorized book with their eyes closed.

Simply put, for the moment the SOE is a necessary evil, and although some human rights are being stepped on, it seems only the people who want to make trouble are being negatively effected. Flip back up a few paragraphs and they are the ones out of control infringing on the rights and livelihoods of others.

When you hear pro Thaksin people making statements on behalf of the Human rights group, you can not help but wonder why they can not speak for themselves. But as twisting things around and total distortion from the truth is common with the pro Thaksin people, you can quickly connect the dots as to what is going on.

The Red Shirts have earned this, and to be honest Abhisit would be a fool to end the SOE too soon. As Abhisit plays by the rules, Thaksin does not. It seems that at least one of the provinces where the SOE has been lifted is sort of a test Provence. Some provinces have been a hotbed of Red Shirt activity from the word go. So it would seem that this is sort of a trap for the Red Shirts.

When the Red Shirts go off again in any of those provinces, it will provide enough evidence for Abhisit to keep the SOE in place citing the evidence. He could even coax them along by sending someone up there who the Red Shirts do not like. This is not exactly like a moth to flame, it may be more like a bear to honey as it will be a sting operation for sure.

One Response to Thai ‘State of Emergency’ mixed bag of views