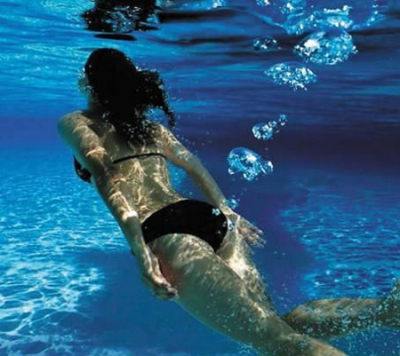 Connecting the Dots may have given this entry a name that could make you smile, but in reality there is sufficient evidence to take this seriously. We have decided to let you read this and come to your own conclusions.

A few things to keep in your mind before you read this. The doomsday meteor that took out the dinosaurs impacted in The Gulf of Mexico. So it is fair to assume the bottom of the Gulf of Mexico looks a bit crumpled. Seeing that could lead to some unusual geological things happening in millions of years, there is fair concern of a ticking time bomb. Also when the sea floor starts to rise as it is described in this news story, it is exactly what happens in a volcano before it erupts and it is named a lava dome.

Other naturally occurring events like sink holes also should be kept in the back of your mind when you read this.

Doomsday: How BP Gulf disaster may have triggered a ‘world-killing’ event

Ominous reports are leaking past the BP Gulf salvage operation news blackout that the disaster unfolding in the Gulf of Mexico may be about to reach biblical proportions.

251 million years ago a mammoth undersea methane bubble caused massive explosions, poisoned the atmosphere and destroyed more than 96 percent of all life on Earth. [1] Experts agree that what is known as the Permian extinction event was the greatest mass extinction event in the history of the world. [2]

Those subterranean seas of methane virtually reshaped the planet when they explosively blew from deep beneath the waters of what is today called the Gulf of Mexico.

Now, worried scientists are increasingly concerned the same series of catastrophic events that led to worldwide death back then may be happening again-and no known technology can stop it.

The bottom line: BP’s Deepwater Horizon drilling operation may have triggered an irreversible, cascading geological Apocalypse that will culminate with the first mass extinction of life on Earth in many millions of years.

The oil giant drilled down miles into a geologically unstable region and may have set the stage for the eventual premature release of a methane mega-bubble.

Northwestern University’s Gregory Ryskin, a bio-chemical engineer, has a theory: The oceans periodically produce massive eruptions of explosive methane gas. He has documented the scientific evidence that such an event was directly responsible for the mass extinctions that occurred 55 million years ago. [4]

Many geologists concur: “The consequences of a methane-driven oceanic eruption for marine and terrestrial life are likely to be catastrophic. Figuratively speaking, the erupting region “boils over,” ejecting a large amount of methane and other gases (e.g., CO2, H2S) into the atmosphere, and flooding large areas of land. Whereas pure methane is lighter than air, methane loaded with water droplets is much heavier, and thus spreads over the land, mixing with air in the process (and losing water as rain). The air-methane mixture is explosive at methane concentrations between 5% and 15%; as such mixtures form in different locations near the ground and are ignited by lightning, explosions and conflagrations destroy most of the terrestrial life, and also produce great amounts of smoke and of carbon dioxide…” [5]

The warning signs of an impending planetary catastrophe—of such great magnitude that the human mind has difficulty grasping it-would be the appearance of large fissures or rifts splitting open the ocean floor, a rise in the elevation of the seabed, and the massive venting of methane and other gases into the surrounding water.

Such occurrences can lead to the rupture of the methane bubble containment—it can then permit the methane to breach the subterranean depths and undergo an explosive decompression as it catapults into the Gulf waters.  [6]

All three warning signs are documented to be occurring in the Gulf.

The people and property located on the greater expanse of the Gulf Coast are sitting at Ground Zero. They will be the first exposed to poisonous, cancer causing chemical gases. They will be the ones that initially experience the full fury of a methane bubble exploding from the ruptured seabed.

The media has been kept away from the emergency salvage measures being taken to forestall the biggest catastrophe in human history. The federal government has warned them away from the epicenter of operations with the threat of a $40,000 fine for each infraction and the possibility of felony arrests.

Why is the press being kept away? Word is that the disaster is escalating.

Methane is now streaming through the porous, rocky seabed at an accelerated rate and gushing from the borehole of the first relief well. The EPA is on record that Rig #1 is releasing methane, benzene, hydrogen sulfide and other toxic gases. Workers there now wear advanced protection including state-of-the-art, military-issued gas masks.

Reports, filtering through from oceanologists and salvage workers in the region, state that the upper level strata of the ocean floor is succumbing to greater and greater pressure. That pressure is causing a huge expanse of the seabed-estimated by some as spreading over thousands of square miles surrounding the BP wellhead-to bulge. Some claim the seabed in the region has risen an astounding 30 feet.

The fractured BP wellhead, site of the former Deepwater Horizon, has become the epicenter of frenetic attempts to quell the monstrous flow of methane.

The subterranean methane is pressurized at 100,000 pounds psi. According to Matt Simmons, an oil industry expert, the methane pressure at the wellhead has now skyrocketed to a terrifying 40,000 pounds psi.

Another well-respected expert, Dr. John Kessler of Texas A&M University has calculated that the ruptured well is spewing 60 percent oil and 40 percent methane. The normal methane amount that escapes from a compromised well is about 5 percent.

More evidence? A huge gash on the ocean floor—like a ragged wound hundreds of feet long—has been reported by the NOAA research ship, Thomas Jefferson. Before the curtain of the government enforced news blackout again descended abruptly, scientists aboard the ship voiced their concerns that the widening rift may go down miles into the earth.

That gash too is hemorrhaging oil and methane. It’s 10 miles away from the BP epicenter. Other, new fissures, have been spotted as far as 30 miles distant.

Measurements of the multiple oil plumes now appearing miles from the wellhead indicate that as much as a total  of 124,000 barrels of oil are erupting into the Gulf waters daily-that’s about 5,208,000 gallons of oil per day.

Most disturbing of all: Methane levels in the water are now calculated as being almost one million times higher than normal. [7]

Mass death on the water

If the methane bubble—a bubble that could be as big as 20 miles wide—erupts with titanic force from the seabed into the Gulf, every ship, drilling rig and structure within the region of the bubble will immediately sink. All the workers, engineers, Coast Guard personnel and marine biologists participating in the salvage operation will die instantly.

Next, the ocean bottom will collapse, instantaneously displacing up to a trillion cubic feet of water or more and creating a towering supersonic tsunami annihilating everything along the coast and well inland. Like a thermonuclear blast, a high pressure atmospheric wave could precede the tidal wave flattening everything in its path before the water arrives.

When the roaring tsunami does arrive it will scrub away all that is left.

A chemical cocktail of poisons

Some environmentalist experts are calling what’s pouring into the land, sea and air from the seabed breach ’a chemical cocktail of poisons.’

Areas of dead zones devoid of oxygen are driving species of fish into foreign waters, killing plankton and other tiny sea life that are the foundation for the entire food chain, and polluting the air with cancer-causing chemicals and poisonous rainfalls.

A report from one observer in South Carolina documents oily residue left behind after a recent thunderstorm. And before the news blackout fully descended the EPA released data that benzene levels in New Orleans had rocketed to 3,000 parts per billion.

Benzene is extremely toxic and even short term exposure can cause agonizing death from cancerous lesions years later.

The people of Louisiana have been exposed for more than two months—and the benzene levels may be much higher now. The EPA measurement was taken in early May. [8]

While some say it can’t happen because the bulk of the methane is frozen into crystalline form, others point out that the underground methane sea is gradually melting from the nearby surging oil that’s estimated to be as hot as 500 degrees Fahrenheit.

Most experts in the know, however, agree that if the world-changing event does occur it will happen suddenly and within the next 6 months.

So, if events go against  Mankind and the bubble bursts in the coming months, Gregory Ryskin may become one of the most famous people in the world. Of course, he won’t have long to enjoy his new found fame because very shortly after the methane eruption civilization will collapse.

Perhaps if humanity is very, very lucky, some may find a way to avoid the mass extinction that follows and carry on the human race.

The original article in its entirety with links to source information can be found here:

One Response to Doomsday fart