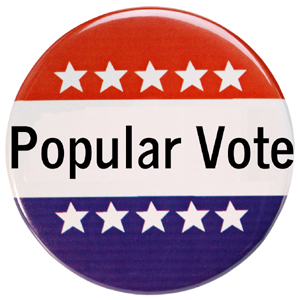 It most certainly is a dilemma for any elected politician to do the right thing and risk getting voted out of office. Popular votes are not always the right vote, and when they are not, watch out come election day.

In the USA elected officials are charged with the duty of running the country be it local government or federal government. From time to time a hard decision has to be made that could anger the voters, but that is simply the nature of the job. The two most common political bombs involve taxes and spending.

Unfortunately much of the way America votes is still driven by emotion and not by logic. In some cases it could be the physical appearance of the politician, or it could be any number of other factors that have little to do with logic. But in almost every case the politician talks the popular talk to get elected.

Once they are elected they are in one of two possible positions. They are either a soloist or they are just one voice in a choir. The soloist assumes the executive post in government while the rest enter legislative posts, and each has its own pitfalls when it comes to voting.

In cases when the popular vote is not the right vote the politician must weigh 3 factors. First thought is weighing if the vote for is for getting reelected or for doing the right thing. The second thought is consideration of fiscal responsibility as that often is a factor in unpopular votes. The third is understanding that the voters will always want the popular vote even if it is the wrong thing unless it is blatantly obvious. But even if it is blatantly obvious there is plenty of whining and moaning that a politician must listen to.

To get a feel for how the politicians have voted, all one has to do is look at the national debt. The fact that there is a huge debt simply says the popular vote was given and not the right vote. It also suggests that America is living beyond its means and that an adjustment is coming one way or another. The ounce of prevention has passed, and the pound of cure is coming.

The Republican party has taken on the challenge of reducing the national debt more so than the Democrats, but their sweetheart deals for the rich have soured many voters.

As it would be there are times that adding to the national debt is the right thing to do if only to compensate for bad popular votes of the past. Taking a look at the global economy and how deregulation allowed greed to be a big player in the economic collapse, deregulation was a popular vote even that it allowed a small percentage of greedy people to take out the entire system. The assumption of letting everyone run around without some sort of leash because it has been proven that some people can be responsible ignores the fact that ‘some does not equal all.’

So part of governing requires the understanding that rules, regulations and laws be geared for the least capable that are entrusted with some responsibility, and that is not popular with the people who are capable. So this requires the politician to accept the fact that even though they are doing the right thing by casting the right vote, good guys finish last.  That also means that term limits would encourage better votes and may be one of the necessities to balance the budget and sort things out. If a politician does not look at being in office as a career it will be easier to cast the right vote and not the popular vote.