Global warming the believe it or not mind game 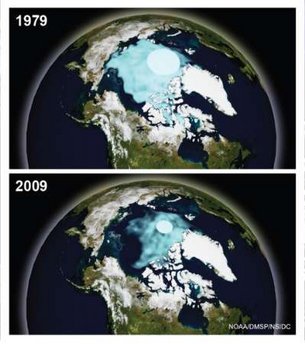 It has been an interesting watch from the sidelines as some try to make people believe that global warming is a hoax. This and the emails saying data is wrong or distorted, is just part of the mind game. The question is who is behind this quasi conspiracy if anyone at all.

Cutting to the quick, global warming is real. There are some people that would benefit financially if global warming was a hoax. The first group of people that comes to mind is the group or groups that were the biggest contributors to global warming. For them it is either change or go the way of the dinosaurs.

So to play this game of hide the obvious, a semi believable story that casts doubt is the best place to start. From there sheep mentality takes over and everyone starts to play follow the leader not taking time to question what they are following.

Ironically it would seem that the controversial emails that are at the heart of this latest attempt to hide the obvious are in fact saying the same thing that there is global warming. The discrepancy can be chalked up to rounding errors that were so minor they are almost not worth mentioning. But as it would be, someone passed along the suggestion that the emails indicated a completely different analysis and nurtured that suggestion causing a major uproar at the most recent global warming summit. That led to an investigation that in turn discovered the minor rounding errors and not wholesale disputes in findings as suggested.

Connecting the Dots found it astonishing the amount of effort being expended and the mind games being played to keep the status quo alive and well. As it is part of our mission to cut past all of this spin and illusion, we were flabbergasted that the effort to hide this is far beyond anything we have seen before. But when you consider all the money involved it is easy to understand why. For what it is worth, it seems things have been taken to an entirely new level to compensate for the power of the Internet.

Speaking of the Internet,  people now have at their disposal the ability to observe global warming in real time. Thanks to Google Earth and some newer add ons, you can see the actual amount of ice in the Arctic ocean. At last look it appeared to be about the size of an ice cube floating in a glass and not a solid sheet as it was years ago. To remember a bit of news from 4 or 5 years ago that an ice free passage had been found that allowed shipping in the north, that tiny passage is now hundreds of miles wide.

The bottom line is global warming is real and will be felt long after our unborn children die of old age. The Polar bears unfortunately will become a problem as they are forced to seek food inland because their normal habitat has simply melted away. It would not be surprising to see polar bears hundreds of miles away from the place they once called home, and they are probably not too fussy as to what is on the menu to eat. The other thing and of significant concern is the deliberate force feeding of bad information hoping to trigger the sheep mentality of follow the leader off a cliff without stopping to question the facts.