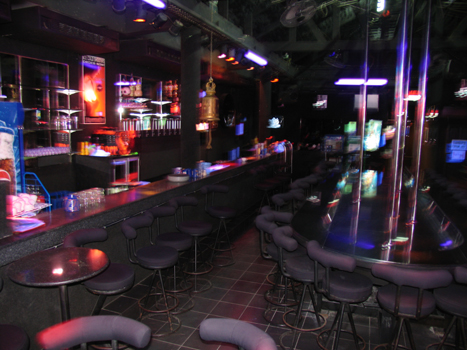 Every now and again you will come across a bar or other venue that is ignoring Thailand’s smoking laws. For whatever reason the bars seem to think they are making more money by doing this, but in reality that is just a smokers illusion as non smoking bars are doing much more trade.

Aside from a few places that cater to Japanese customers, allowing smoking is not a wise financial move. Japanese men along with a few other Asian countries still have a fairly high percentage of smokers. The global average today is about 77% non smokers to 23% smokers. In the USA the number is now about 16% smokers.

So when it comes to a bar allowing smoking, there are simply too many others that do not allow smoking and customers will gladly visit them to avoid the need to shampoo excessively to be respectable to others. One of the first reactions to people that stink is ‘If you don’t care about yourself, how can you possibly care about me’. So smoking venues are looked at in just as much disgust as people who smoke.

There has been increasing numbers of cases that advertising agreements have been turned down with smoking venues as well. Why would a non smoker want to waist their time going some place only to discover on arrival that smoking was allowed and end up going some place else. So only advertisements of smoke free venues are being accepted. The reason for this is it reflects poorly on the advertising company as to what businesses they would advertise. Not every advertising company runs what could be called smut ads, and smoking venues are falling into that category now too. The end result is smoking venues end up being out of the mainstream where the money is.

So collectively trying to allow smoking just does not add up any more. Each year the percentage of smokers drop and as a result each year there are fewer customers for smoking venues.

There are even some people who have chronic respiratory problems such as severe asthma. They would be forced to stay at home to avoid the smoke before the smoking laws. Now that is no longer the case and they can comfortably visit non smoking venues without fear of an episode. This makes up about 10% of the population globally. So doing the math being 23% smokers being compensated with 10% new customers, is playing to 13% really worth it. The answer is a resounding no! Pissing of 9 to satisfy 1 makes no sense at all. It is like reverse Russian Roulette with only 1 empty chamber in the gun.

However with that logic, there are fewer and fewer smoking venues around. They either have seen the light reflecting off the bottom of empty cash register draws or they have simply gone out of business for one reason or the other. The bottom line is smoking is still for losers.

« The elections that wont be Ground zero mosque »