The job nobody wants 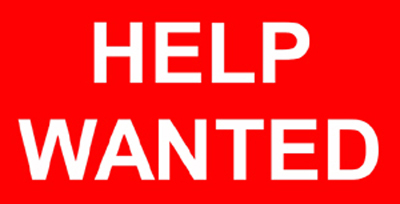 Being the head of a political party is for the most part an honorable and prestigious position. In many cases it is the pinnacle of a politicians career. But in Thailand when it comes to the Pheu Thai Party (PTP), it seems to be the complete opposite.

To really understand this you need to break it down to its simplest form. Anything more complex can be a bit confusing.

The moment the head of the PTP became an undesirable position was when it suddenly became the opposition party when the Democratic party came to power in December 2008. Prior to that moment the People Power Party (PPP) was running the show, but because they could not play by the rules, they were dissolved just like their predecessor the Thai Rak Thai (TRT). The next lifeboat party in line was the PTP.

So now that the stage is set, you need to see things in that simple form. First off the PTP is the puppet party of convicted fugitive Thaksin Shinawatra. Thaksin by nature is greedy, corrupt and now totally obsessed with getting back into power. Thaksin by nature also uses people and in truth cares nothing about them. For the most part that describes the boss.

In Thaksin’s push to get back into power, he is directly associated with 2 major riots in Bangkok seeking to overthrow the government. Although Thaksin will never admit it, someone needs to be the front man and be willing to put it all on the line. The chance of total loss of face as well as every other negative that can possibly be imagined in politics for the most part describes the job of PTP party leader. That says nothing at all about possible criminal ramifications that could manifest as Thaksin will stop at nothing.

All things considered in Thai politics, politicians get recycled between jumping ship and back stabbing. Making alliances with other politicians for self serving reasons for the most part describes the creature known as Thai politics. Rarely if ever are the constituencies considered except when it is vote buying time. But things are significantly different with the PTP.

All things considered the smudges of dirt politicians get on their face in typical Thai politics is usually washed off in a year or so. Politicians seem to rotate from being in office to licking their political wounds waiting to reemerge in the next elections. But seeing what Thaksin has done and what he still looks to do, those smudges of face dirt are being replaced with deep gashes that will never heal. For the most part anyone who opens a microphone in the PTP starts to scar their face permanently. The Mps who for the most part are just puppet votes are somewhat insulated. They do not get the same name face recognition as the ones who open their mouths.

So the MPs that are part of the PTP are there for the money. Seeing that the PTP is in such a dire position image wise, many are simply looking at their options. Yes some are there because of the concepts of the party, but for the most part seeing that Thaksin is obsessed and not caring about others, long term personal political options must be considered.

Nobody inside or outside of the PTP truly believes Thaksin is interested in reconciliation. The content of the private talks with Thaksin and the people at the top of the PTP are a fairly easily read in body language. What comes out of their mouths simply does not match their body language. Seeing that The Thai people are very good at reading body language, that party head position simply becomes one of the most undesirable positions because what is said will stick to them personally and not so much the party or Thaksin.