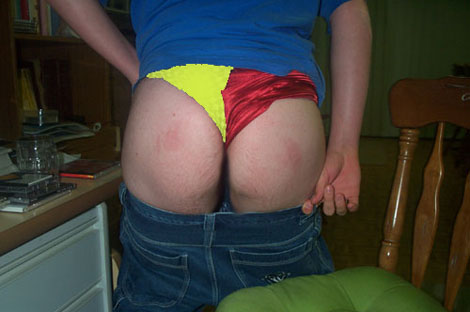 Somehow Connecting the Dots along with many other people saw this one coming. It is absolutely no surprise to hear that the Pheu Thai Party (PTP) newest popularity drive is all about reminiscing.

Resetting the clock back to September 18, 2006 is one of Thaksin’s fondest desires. Putting things back exactly as they were before they were so rudely taken away by a Coup that was trying to save King and country from a want to be dictator. Returning Thailand to an era gone by that was riddled with so much corruption a brand new scale had to be developed. All this and more is the PTP newest popularity campaign.

A quick translation for the readers who may be new to all this is; ‘Screw reconciliation, I want it my way!’ So simply put all of Thaksin’s recent comments about wanting reconciliation have just been proven to be completely opposite the truth. But then again that too was just as predictable as wanting to reset the clock. Reconciliation is all about moving forward and finding common ground to work with. So all those Thaksin Twitter tweets and interviews in recent days have just been filed under lies.

The Puea Thai Party will on Thursday launch a new popularity campaign in various forms to remind the people of happiness they enjoyed before the September 19 coup, deputy party leader-elect Kanawat Wasinsangworn said on Monday.

Mr Kanawat said the campaign entitled “Four years of happiness loss – Join hands to bring back happiness” will be carried out in three forms: 1. exhibitions; 2. nationwide displays and distribution of billboards, brochures and online campaign on social media; and, 3. propagation of party policies through party branches and members.

The campaign will stress on happiness lost after the coup and what Puea Thai will do to help the people regain happiness.

Gen Chavalit Yongchaiyudh, the party chairman, will preside over the launch of the campaign on Thursday when a convoy of vehicles carrying campaign banners will be released.  On Thursday afternoon, there will be a panel discussion by former ministers of the party.

Deputy party spokesman Jirayu Huangsap said the exhibitions will tell how the government before the September 19 coup did for the people, why the Council for National Security staged the coup, how the present government was formed and how it has caused the people to suffer, and what Puea Thai will do if it is government.

The last part of this ‘what Puea Thai will do if it is government’ is already known as demonstrated by the People Power Party (PPP) in most of 2008. That is do absolutely nothing for the people and be totally self serving thus causing the People’s Alliance for Democracy (PAD) A.K.A. Yellow Shirts to come out of hibernation. That also means triggering the voracious teeth of the 2007 Constitution to start taking huge bites out of self serving politicians. Needless to say, expect a big push to rewrite or replace the 2007 Constitution with the 1997 constitution in the coming days.

If you have not figured this out yet, one face of the wedge that is driving Thailand apart is all about going backwards, and the other is all about moving forwards into a new era. Needless to say the PTP new campaign is all about conflict and not reconciliation just like Thaksin wants.