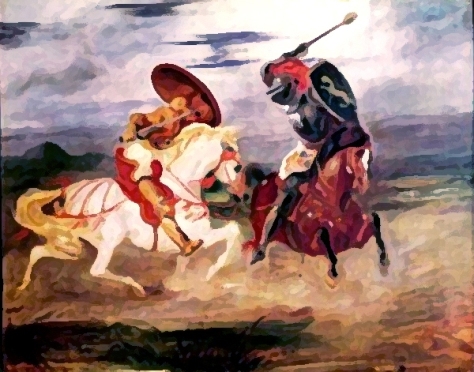 This is the opening entry in a new periodic series about the efforts to clean up corruption in Thailand. The goal is set and the game has already started as we sit down to call the play by play of this game of greed.

In the simplest of terms, this is all about greed, power, and corruption in Thailand. That is the rough equal to understanding that supply and demand is all you really need to know about economics. There are people on both sides and for the most part it looks like the classic big fish eats smaller fish, and there is always a bigger fish.

So enter Prime Minister Abhisit who looks to clean up the corruption in Thailand. At first look this is looking like the biblical David and Goliath, and Abhisit is David. Abhisit’s weapons include a strong Constitution designed to keep bad boy politicians under control, and being the lesser of two evils as viewed by the corrupt politicians that turned their backs on super corrupt Thaksin. But for the most part that has little or no effect on the law enforcement or judicial corruption.

So as the game unfolds we see Abhisit applying the breaks to questionable things. One such example is the bus leasing project where the numbers just did not make sense. By simply sending them back for review Abhisit has purchased some time. But the corrupt politicians that were behind the bus deal must now somehow get it to pass. Prior to Abhisit, such intense scrutiny was never seen.

Even the anti government Red Shirts are primarily pro corruption and follow the super corrupt Thaksin. Violence, the threat of assassination, the desire to roll the clock back to before the 2006 coup are all fueled by corruption.

So as part 1 of this series is more or less just defining the game, part 2 and so on will focus more specifically on issues. As this is a periodic series the time between entries is not set, it is totally driven by events.

Part of a periodic series

One Response to Thailand corrupt vs justice Part 1