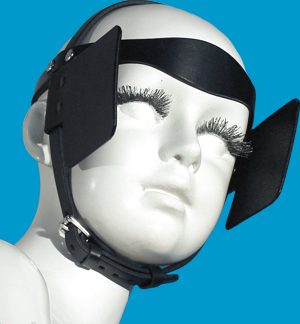 Being censored by a government is one thing. But instructing search engines not to list controversial sites or entries is just another form of censorship.

Lets face it, if there were no search engines the Internet would be a useless bit of used disk space. China and Google had a bit of a spat about this and for the most part the final act on that is still waiting to be seen. China wanted Google not to list some sites in China. But apparently some government has decided to make that feature global to avert conflict. The list of countries that can do that is a very short list of 1.

Once again we can not make mention of the key words or this entry will become invisible to the world as well. But please go back and read our September 20, 2010 entry to get yourself up to speed. Please take note of any comments in that entry as well.

When you come right down to it, it is easy to understand why this David Copperfield type illusion is being employed. Very simply it is to protect innocent people from needless bloodshed. There are most certainly large groups of people that have been programmed in one way or another to go out and harm others. So in that respect Connecting the Dots can fully understand that just a fart drifting in the wrong direction can set these people off, and that is not a metaphor.

But the fact that Connecting the Dots is just that in we connect the dots to show the bigger picture, we were very surprised that we could not even find our own entry when deliberately looking for it. That fact is that this search was done from a third country caused us to sit up and take notice. The fact that our traffic suddenly halved suggests that neighboring chronological pages that automatically display a next and previous link were probably also blocked as well. We have never seen our traffic half as it just did. Even on slow days like Sundays we are only off 15% to 20%.

So what that says is under the name of Homeland Security or whatever equal there is, it is ok to hide pages. So technically the pages are not censored as you can type in the URL and view the page, it is just you have no way of knowing they are there. The RSS feeds seem to still work as we do see the page listed, it is just it can not be easily if at all be found when searching for it. So all of this simply becomes a scab over a bigger problem that is being kept from public view.