Attitude to oil / terrorist countries after the well is dry 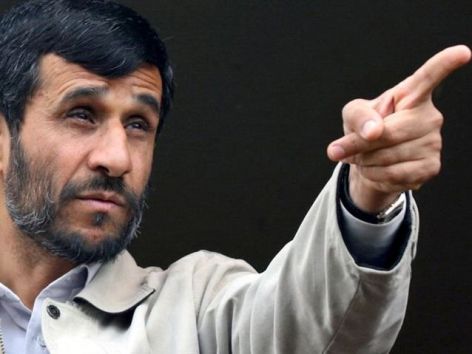 Occasionally the thought floats through peoples minds about how tolerant we will be with countries that produce oil and terrorist once the oil is gone. With the growing anger against terrorism and terrorists, the urge to plant a few radioactive mushrooms is very real in the minds of many.

Perhaps this is a wake up call to countries that sponsor terrorism. The oil that they pump from the ground for now is providing them with some protection in the form of tolerance. But as the world turns to green energy and gets off the oil addiction, there are many who are just fed up and given the chance to launch a nuclear attack doing a wholesale house cleaning to get rid of terrorists would do so without hesitation.

Scarey as it sounds, there are much more than a few people that terrorism has pushed past their limits of tolerance when it comes to inaction by some governments. When some online forums hit on the topic, it is not long before the thread goes critical mass and is shut down as hoards of angry people voice their rage. Based on the responses observed, more than half would have no problem in launching some nukes. Seeing that some of those oil and terrorist producing countries are working on their own set of nuclear weapons, the name of the game has been selected already by them.

In the US every President that has been in office from 1945 has said any nuclear attack on the US or US allies would be met with a nuclear response. So with that said, you can connect the dots yourself and see the underlying attitude towards using nuclear weapons.

Looking at it from the receiving end, it is very clear the governments and the people differ in opinion. It is truly unfortunate that is the case and does add a level of complexity to post oil attitudes. How to take out the government and leave the good people behind is the issue. But the level of rage has grown to such a point that if good must go with the bad to end the problem, then that is what will happen.

Terrorism is terrorism only for the people that are physically involved in the terrorist act. For the rest of the world, it is angerism and total outrage. There simply is no other way to describe it as it has become war. It is simply too wide spread and in too many places in the world all coming from the same group with the occasional cameo from another group.

As advanced as we pride ourselves to be as humans, we do have our limits of tolerance. History to date of dealing with these governments has proven to be fruitless as only some half or quarter hearted efforts were made to quench the criticism. It would seem only the fear of death seems to be motivational enough for this bunch. So if that is the case, then once again the name of the game has been given by them. So once the oil is gone, a new bright dawn from a nuclear explosion may be their reality if they don’t sort things out now.

« Believe it or not China’s venom filled mirror »