The wrong thing to say 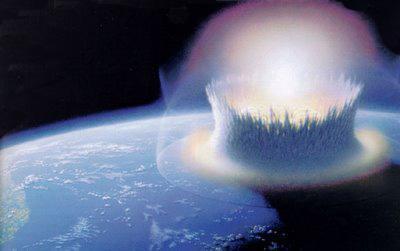 After people reach a certain level of maturity and level of intelligence they understand there is a right thing to say, and there is a wrong thing to say. There is also a right time to say things as well as a wrong time. But when it comes to some people, both of these examples of maturity and intelligence fly way over their heads and they say something that amounts to trying to catch the asteroid that took out the dinosaurs with their bare hands.

This is just one of those stories that could easily qualify for a Darwin type award if there was one for saying the wrong thing. It appear this total collapse of upper brain function came from the Red Shirts, and has more or less done the following.

The warning was made by Somyos Prueksakasemsuk, a leader of the June 24 Group, during a seminar at the Royal Hotel to mark the October 14 student uprising. The seminar was titled “October 14: People’s War”.

Somyos said a lot of red-shirt people harboured grudge against the government following the crackdown at the Rajprasong rally.

“I heard that the red-shirt people hate the government so much that they will sacrifice their life for democracy,” Somyos said.

“Don’t underestimate that the red shirt will not dare to do it as Nuamthong Praiwan used to set an example for them.”

Nuamthong was a taxi driver who slammed his taxi against a tank following the September 19 2006 coup. He later hang himself in protest.

Somyos said the explosions of bombs made of fertilisers were carried out by the red-shirt people who were angry at the government.

He said the red-shirt leaders could not control these angry reds as they decided to take revenge on their own.