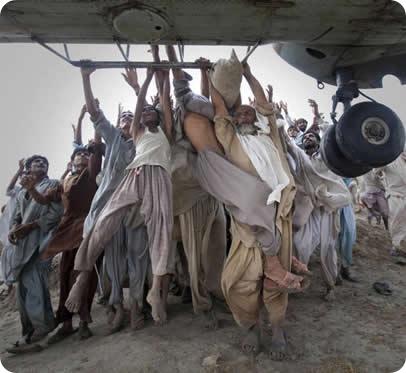 When looking around at the people in public, it is a fair question to ask who has what it takes to survive the onslaught of what is coming from this angry planet. There is no doubt global warming has passed several tipping points and very rough times are insured for us in the not too distant future. So the question is, who will be the first to go.

It is an entirely accurate statement that we are in for a rough time as a species. We have messed things up enough and are still procrastinating and having indecision about fixing the mess. El Niño years now give us a look a few years ahead as what the norm will be like, and what we already see is billions of people affected.

So as this more or less comes boiling down to Darwin’s theory and survival of the fittest, the question is posed who is least fit and thus the first to go. As for us humans, there is 3 factors that will apply. They are, physical health and strength, intelligence and emotional strength, and wealth. A person that possesses all 3 has the greatest chance of survival.

But as it would be, wealth is not as powerful as one would think. Assuming someone wealthy has managed to stay ahead of the onslaught, they may find their luck running out. As things seem to happen quickly and with increased severity, they simply may find themselves in the middle of things before they have time to escape. All it takes is one or 2 major breaks in infrastructure and the chance to flee is simply gone. Then the other 2 factors kick in.

When it comes to intelligence and emotional strength, they are also not as significant as physical health and strength. They too can get caught in a situation that no matter how strong you are emotionally, it simply does not matter a whole lot. Simply take a look at the wholesale flooding disasters of 2010, and you can see that emotional strength may only keep you out of therapy if you manage to survive.

In the emotionally weak department, there are the people who are too sensitive. People who have been emotionally weakened by political correctness will be amongst the very first to go. If they get all upset because someone was not nice to them, what do you think will happen when they are faced with a life challenging situation.

An example of life challenging may be no water or electric for a significant period of time. It also may be being cut off from the rest of the world by floods or whatever. New Orleans and Katrina provide the best example of this. 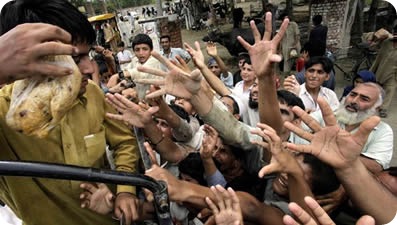 As for the final say it comes down to personal health and stamina. The people that died in Katrina did not have a lot in this department. They were the elderly, and otherwise compromised. Unable to get the daily medication they needed, being without food or water simply was too much for them. So when you can expect this scenario to be played out regularly, you start to see what is coming.

These events will not be small. Tens of thousands of people will be in the middle of it making it a logistical nightmare to help them. Washed out roads and bridges can take months to fix, and that puts everyone on the far side of the gap into survival mode. When people are in survival mode, often they forget who they are and revert back to nature’s pecking order. Society and politeness are quickly forgotten when a person has not eaten in days. Those that can not fight for their food will go hungry and eventually die as it is nature’s way.

If this all sounds disturbing, crude and perhaps a little paranoid, then chances are you would be one of the people that would not survive. The thought that this only happens to other people would also put you in that category. We must keep in mind now that normal is a state of change. Last years weather was not like this years, and the year before that was also not the same. New places are being affected each time something happens. Sooner or later you directly, or a place your food and water comes from will take a hit. When that happens you will have your first taste of what is coming. When that happens, this entry will no longer sound disturbing, crude and perhaps a little paranoid.