Cause and effect medicine 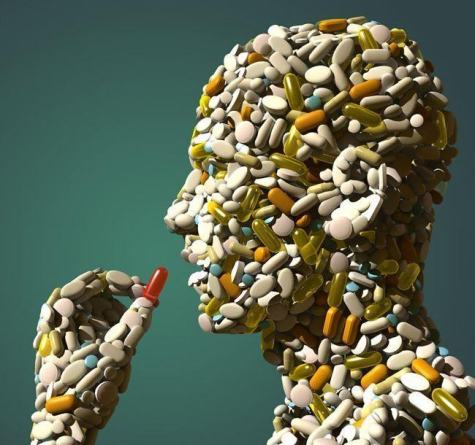 There is a huge difference in the approach on how to treat an ailment in eastern medicine and western medicine. When you sit back and look at all the standards of practice, you may discover why so much money is spent in health care.

In most cases something like this goes over the heads of many because they only see one side being the cause or the effect. There are also some hints that the way things are in the west is more about making money with repeat customers than getting a person better. A way to think about this is in the west you may have a tire with a slow leak in it. The method seems to be go and add air to the tire every so often. In the east the method would to be find and fix the leak.

So to patch and bandage a person up is the method of the west. This practice seems to be caused by a collective group of problems. Some of those problems may have been solved with the passage into law the new health care bill in the US, but time will tell on that.

For mental health in the west, handing out a pill just deals with the effect and does nothing for the cause. The reason for this is dealing with the cause is much more expensive and the insurance companies do not want to pay for the person to sit with a mental health professional. So in this case the drug manufacture makes out by having a repeat customer leaving the cause intact. If the cause was removed the effect will simply cease.

Much of the western approach is focused on finding a cure and less on what causes the problem to begin with. If the cause can be fixed or eliminated the effect will never happen. People take an aspirin to fix a headache dealing with the effect. Something caused that headache to happen.

In the east and in particular Chinese medicine the practice of finding and dealing with the cause is the way they have been doing things. This method seems to also find its way into dealings with political issues as well but that is another story for another time. If the headache is caused by exposure to some allergen or by a stiff and tense neck, exposure to the allergen is removed or blocked, or a neck massage is offered. In both cases the headache goes away. It is this simple method that reflects how the east deals with problems.

Although this post is very general, we would like to get people thinking about how and why things in the west are so different. Money and profit seem to play a huge roll in how things are done in the west, so there is a big question about how that got to be. If changing that will save the country billions in the long run, it should be done as it is a no brainer. Most if not all people would seek a cure over a bandage, so how this got away is a good investigation series for us, but for now that will need to wait for another day.

One Response to Cause and effect medicine