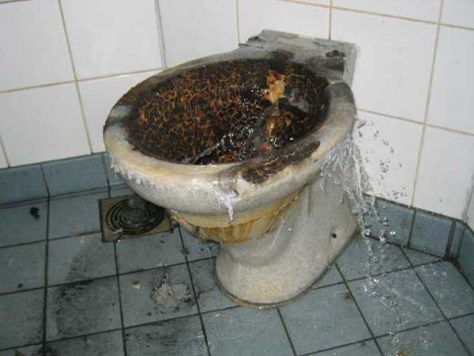 What looks to be some good meat and potatoes material for blogs for the next year or so, there also is a concern about what the eventual trickle down will be for the average person. Countries that were once easy access may now require loads of paperwork just to get a visa.

For what it is worth, WikiLeaks did a top notch job of kicking the ass of political correctness and for that there are more thumbs up than we can count. But also for perhaps the first time in history, this is starting to look like a triple edge sword as well.

Whether you think what WikiLeaks did was good or bad entirely depends on where you stand. The fact that the governments (as in many) are growing upset with this leak of information, the phrase ‘Don’t shoot the messenger’ is becoming increasingly and deliberately blurred by governments. They clearly look to shut WikiLeaks down, and they are very clearly inventing things to do that with.

Because this is a unique and interesting topic, Connecting the Dots has decided to make this a periodic series as this clearly looks to drag on with all the fallout that most certainly has the possibility of having negative effects on American citizens living and traveling abroad. That is particularly so if they are in one of the countries that had a less than flattering review by American politicians.

Putting this all in perspective we see several points that we wish to cover over time. The candid conversations between diplomats simply shows they are not as dumb as they look. The opinions the public has about some countries and their leaders is clearly reflected in the leaks. Politicians have access to all the information and not just what finds its way to the media. So this simply shows there is great restraint in what is said in front of the cameras.

With this pure look at the real views and opinions before any filters, spin, or propaganda is applied, it allows us to see just how much filtering, spin, and propaganda is applied. It also allows us to see how governments can swing the mood of the public. What this shows us is the level of fighting seen in assorted houses of government whether they be a Congress, or a Parliament is also going on inside those closed door meetings that are portrayed as a wonderful tea and crumpets chat.

Ironically it goes without saying that all governments have similar communications, and that will provide some counter leverage during the damage control. However that will do nothing for the emotions generated by the candid critique not meant for the ears of the subject. There will be some desire to inflict some pain for the candidness, and the amount of pain will vary from place to place. Places that typically draw blood will do so, so it is not to hard to figure out where Americans will be less welcome.

Part of a periodic series