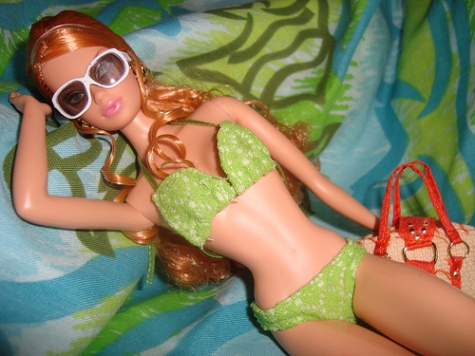 This may sound like it comes right out of some horror movie, but the thought of designer children may be in the future of reproduction. We already know how to tinker with genes to bring about changes in health, but what happens when it jumps from medicine to vanity is the start of the horrors of human mutation.

There have been several movies and TV programs that depict a genetically modified human. Some have the strength of 10 men while others have other less macho changes that involve leaving Albert Einstein in the dust. But that is the stuff Hollywood is made of. So what happens when there are gene tweaking clinics popping up here and there that allow you to make changes to your unborn child is what this story is all about.

Before all this can happen, each gene must be properly identified as to what it does. Some control physical attributes while others deal with mental capacity and desires. So if they can be preselected prior to birth, then we will have possibly started a new branch in the evolutionary tree.

What that means is assuming two people who have had their genes modified before birth got married and had children that did not undergo genetic modifications before they were born, the chances are they would naturally have some of their parents modified genes. Some may be dormant and others active. Repeat this cycle for 5 or 6 generations and there would be enough difference to distinguish another species of humans.

So looking at what may be done as options may be a good place to start. For the most part being gay is a simple anomaly of nature that is now being accepted more openly by people. The understanding that a persons sexual orientation is not elective and simply rests in how the brain is wired allows straight people a logical bridge to accept people that are gay. So the fact that being gay is an anomaly, it can be genetically corrected allowing the brain to develop Heterosexual tendencies thus bringing and end to homosexuality.

There also could be custom changes that allow a person to be super smart and advance technology faster than it already is. With these super smart people entering the job market and blowing the doors off everyone else, we have to question the wisdom of making something smarter than the creator. With this we can see people finishing school and universities years ahead of others. That also leads to the possibility of unemployment for people what can not keep up with them.

So to expand on this, these changes for the most part may be seen as good depending on how fast your moral and ethical compass is spinning. Where we humans in our ultimate wisdom have now started to tinker with the fabric of nature for self desired upgrades, we must also accept we will start to bridge the vanity threshold. When that happens the world will become a very different place and not all good will come of it.