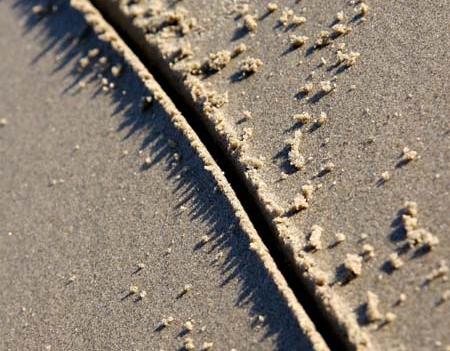 It is all too often that we hear in the news that some person or persons accidentally crossed an unmarked border between two countries. This in many cases results in arrests and lots of unneeded political headaches on both sides of the border. So now that G.P.S. technology is so available and standard in many mobile phones, it seems to make sense that this technology be used to avoid problems in the future.

Just 3 or 4 years ago, this idea would not make sense. That is because the technology was just arriving on the market. But now the technology is here, and for the sake of avoiding wars and other such testosterone driven behavior, this has now become a no brainer idea.

Marking the borders most certainly is a daunting task, but with so many people out of work, and the need, it is a wonder why it has not started. Placing border markers and then recording the G.P.S. position is the way to go. The G.P.S. data can then be input into a master data base governed by the United Nations that can be accessed by any mapping system like Google maps or ones used by various phone manufacturers. It all sounds so simple and can probably be done at a rate of several kilometers a day per marking team.

However this all sound so good on paper, but in reality there are dozens of border disputes between countries, and the absence of markers tends to quell conflict. In some cases the dispute can be as little as a few meters, or in some cases involve several square kilometers of land. So by marking the borders, it could actually cause the conflict they would be looking to eliminate.

As for who to do this, the best way is simply let the countries mark undisputed borders themselves, and as for the messy ones, that most certainly will be a bit more messy. For example placing buoys between North and South Korea most certainly will get messy if not nasty. The same will also be found between Thailand and Cambodia, as well as a few other hot spots.

The bottom line is the technology is here, and that simply makes it the common sense thing to do to minimize problems in the future.