Crying after the news 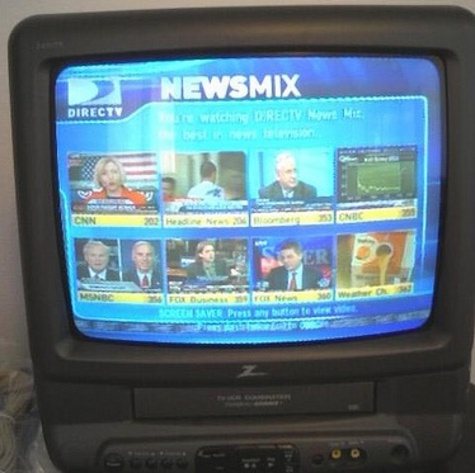 If you ever felt a bit more sad or depressed after watching an evening network news broadcast, you are not alone. Feeling blue and more somber is actually very common.

People watch the major news broadcasts for various reasons. For some it is just informational to stay on top of world events. For other people what is going on plays directly into their lives. In all cases the news although depressing is needed information to survive in our ever shrinking world.

As the global population grows, so does the extremeness of the news. There are more bad people and also more good people. Because of that the influence of each group bleeds more and more into other peoples lives. For example a riot of 1000 people years ago is now replaced with mobs 10 times that size or even more. Just the huge size of the mob makes it news worthy.

Because our world has grown so small, what happens in other countries effects our lives. Politics in Washington or politics in the Middle East  washes into our lives. To hear about the global economy or the price of crude oil effects us all. To hear some countries rattling their nuclear saber says we should sit up and pay attention even if this is going on thousands of miles away in a place you never had any interests to visit.

What really hurts is when you sit down and hear about innocent people suffering from some man made tragedy that was based in greed. The BP Gulf of Mexico oil spill is just one such disaster as well as the global economic meltdown. It just rips your heart out to see peoples lives changed forever because of someone else. It is no less sad than mourning a death in a family, so no wonder you feel sad at the end of that 30 minute news broadcast.

To say that bad news sells and people do not want to hear about good news is partially the truth. But the fact is bad news tends to effect our lives much more than good news does. To hear that the price of oil is going up is bad news, and we will all feel it in the coming weeks. To hear that there was some miraculous breakthrough in finding a cure for cancer, only effects the people with cancer in their immediate family or have it themselves. To hear your local sports team won the championship only effects the people who follow that team. So in short good news effects smaller groups when bad news is seemingly universal. If you think that is not true, think again the next time you are taking your shoes off at an airport or subjecting yourself to a full body scan.

Unfortunately this is our world and what we have made of it. Like it or not we do get sad when we see the news. How some people just cant seem to get along with anyone, how some are just so uncaring of others and how some just seem stuck forever in a situation they can not escape leaves us somehow feeling diminished and helpless to make a difference. It is that feeling of being helpless that drives it home for many. Few if any take on things as a personal crusade to bring about change. Although those changes are personally rewarding, the underlying situation is still sad and that is what we all feel at the end of the news.