Google vs Connecting the Dots Part 2

As this embarrassing saga for Google drags on, questions still remain unanswered. The biggest questions so far is what is taking Google so long to answer a simple straightforward question any 6 year old child could answer.

It has now been over a week since we asked the question of Google to clarify what the issue was. The vagueness they implied simply is not acceptable to any adult, and if a person can not or will not clarify their position, you can quickly conclude they have little or nothing to stand on to support their actions.

As idle time tends to spur thought, countless scenarios have been tossed about seeking to find a plausible reason for the delay. Needless to say each and every one tends to be embarrassing for Google simply because they have not provided any feedback to a simple question.

So the thoughts that crossed our mind and the one that seems to keep finding its way to the top of the list is there is some over zealous website content reviewer who has gone hog wild stopping AdSense ads from countless websites. That behavior has caused a huge backlog for the person reviewing the appeals. However as we technically have not filed an appeal but we did more or less do a WTF asking for clarification, we are not sure.

The second thought that seems to be reoccurring is perhaps there is some over sensitive advertiser who does not want their ad to appear on the same page as the photo in question. However if that is the case, the plugin we use gives us the ability to block AdSense ads on any given individual page. But as we do not know for sure, we don’t plan to change anything until we get clarification from Google, we simply do not play that implied guilt game nor should anyone else. Rewarding bad behavior simply feeds the problem.

So we are still left being more or less the victim of Google at this point as they have apparently in their mind punished the entire website of over 1200 entries for one alleged violation. Parallels in history are killing an entire family for the behavior of one. You tend to hear about that in the news and it quickly becomes a hot topic simply because it is so blatantly wrong and reeks of ignorance as well as a good selection of other negatives. In the news of the day you can see daily examples in Syria with the huge massacres ordered by a dictator desperate to cling to power. We don’t think Google would like that parallel very much, but essentially that is the case and how they conduct business. 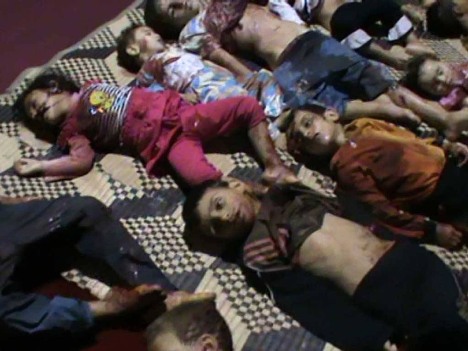 It seems the Taliban also operate in much the same way, but their motive is religious based and not power seeking when they kill an entire family for a similar perceived violation. This too is a bit of an embarrassment for Google, and the longer it takes, the more this parallel seems to be the case.

We are still waiting for Google to respond and we have now made 3 requests with 0 answers. Soon there will be 4 requests.