Thaksin getting too influential in Thailand for comfort 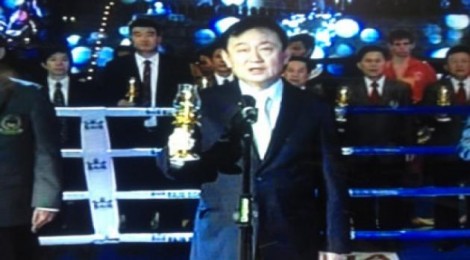 It was not bad enough that the convicted fugitive Thaksin Shinawatra managed to get on live TV in Thailand and seems to be getting away with it, but the deja vu it generated was unnerving to more than a few. This little TV stunt Thaksin pulled off from outside of Thailand simply demonstrates many of the roots of power Thaksin had before the 2006 coup have been restored and are alive and well.

Watching Thaksin on TV ranting about the past shows one important thing, no matter how much Thaksin says he will forgive and forget, he simply will not and making people disappear will be common stories in the news should he ever manage to get all he wants. Needless to say this act of arrogance and the obvious observation that Thaksin is still stuck in 2006 sent warning signals throughout Thailand.

Thaksin genuinely plans to pick up right were he left off and undo all the things that went against him after the 2006 coup. That includes rewriting laws starting with the Constitution followed shortly by getting the money back the court ruled he got illegally. Needless to say, these are all the signs and signals associated with a psychopath, and that is not a good thing in anyone’s book.

There is little doubt that with Thaksin’s appearance on live TV, big wheels have started to turn to stop his advance. Thaksin’s reference to the King is seen as just the opposite. Some mental health professionals see this as Thaksin saying the King is in his way as Thaksin often if not always says opposite of what he truly means. This was one of the classic signatures of Thaksin when he was in power.

This is just one of the dots that is leading to not only the return of significant political violence, but the series of dots is also leading in the direction of do whatever it takes to stop Thaksin. With that statement, whatever means all the cards are still on the table.

Thaksin’s arrogance is starting to prove to be his downfall yet again. It was his arrogance that created many of his enemies, and with this latest display on TV, those who felt Thaksin was gone for good have been reawakened and are now gearing up to once again stop Thaksin.

Even the arrogance of Thaksin taking frivolous legal action against his enemies is starting to return as well. Nothing like applying legal pressure to punish and discourage anyone who may want to challenge him. If this direction holds true, more and more overt violent acts will be taken against Thaksin opponents, as well as infringing on their rights. In one such example we have just seen with publically displaying photos of former Prime Minister Abhisit getting his finger prints taken in what is clearly shaping up to be politically motivated murder charges.

So once again the anxiety level in Thailand has just jumped up. The forecast on the streets of Thailand is less smiles and more obvious anxiety in the faces of all Thais no matter what political flag they follow.