Sex addict or problem or not Part 5

With a variety of things that can be covered under sexual problems or being seen as a sexual addict, it is important to remember that just because someone says it is wrong or right, it does not mean they are correct. The only way to understand sexuality is to remove opinion and see it for what it truly is, and that sex is all about nature and procreation. So to understand that, we should look at the animals that are closely related to humans and understand what drives them to do what the do when it comes to sex.

There are a variety of animals that display similar behavior to humans. Some involve themselves with a single mate, and others are for the most part sleeping around. With each animal their sexual behavior is tied to survival of the species. In some cases sleeping around works best, and in other cases a single partner is the way to go.

For animals like Chimpanzees, they are said to be most closely related to humans. However in their natural habitat they inter-mate and have casual sex with all in the troop. The reason for this is believed to be related to the social structure of the troop. As nobody knows who the true father of any young are, all the males see the young as their own and protect the young accordingly. That same unknown causes the females to bond with all the males thus insuring a close nit social structure.

As for Elk or other species that gather a harem of females, they too look to mate will all of them while at the same time fending off rival males. This way the DNA from the strongest and most fit male is passed on to the next generation. 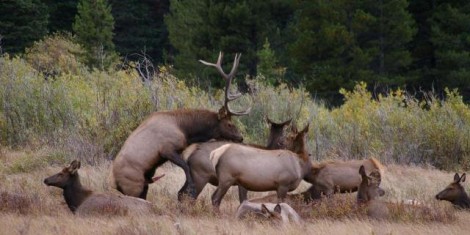 In the case of fowl, a single lifetime partner is the way to go. This is because the social structure of birds is different than mammals. Mammals tend to collectively fend off attacks because they just can’t fly up and away from the danger. For them they must fight more often than not. So a group of animals working together to protect the young offers a better chance of survival. Another factor is how long pregnancy lasts. For birds it is just a few weeks, so if they lose a young bird for whatever reason, a replacement is just a few weeks away providing the time of the year is correct and the young bird can mature before the winter months set in. However this is not always the case and many species of birds have a single male that mates with many females being most common in domestic birds like chickens. 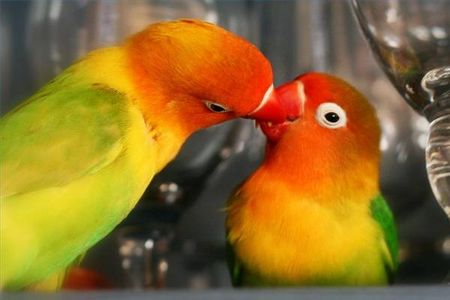 So humans show both traits being young and promiscuous, and old and monogamous. So much of this behavior depends on sex drive at any given moment in life. Egos often play a roll in being promiscuous. The look at me showoff behavior is part of our sexuality as well it is all about being the Alpha, and the Alpha is to one that gets to mate. Women that are attracted to men that show this type of dominance are looking for a strong male who can protect and provide as well. 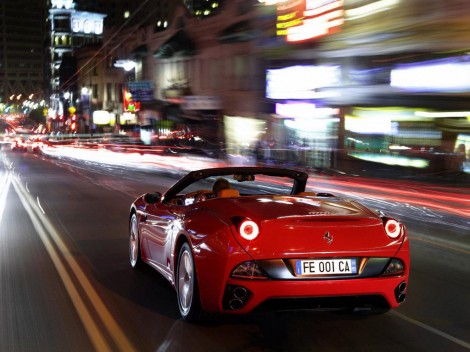 As for women who look for a man who is more interested in settling down and not playing the field, they find attraction in security. The Alpha male is very likely to continue the promiscuous behavior, and not all women are keen to accept that. Getting dumped for another women is not high on the list of things they want to do. So to refocus on a man who has already proven himself and does not need to thump his chest everyday calling attention to himself is just fine. As long as they match sexually on libido and what they do in the bedroom, the relationship is likely to last much longer than one that does not match. If libidos are more than 10% different there could be problems. More than 20% different and problems are almost insured simply because the partner who wants more sex will eventually go and find it with another partner.

So to put all of this in perspective, it is important that you find a good match sexually and not rely only on the other parts of a relationship to hold things together. Sex is important and we should all strive to stay sexually active all our life as it will help to make us stronger and healthier physically and emotionally and not to mention fend off premature aging. There is no right or wrong in sex as long as both partners are happy. That is true no matter what gender you find yourself attracted to. Also the only time sex is a problem is if too much sex has a long lasting profound negative effect on other parts of you life such as financial or taking health risks that can lead to getting sexually transmitted diseases.

To contact the clinical hypnotherapist who helped us with this series and who also specializes in sexual issues, please follow this link.