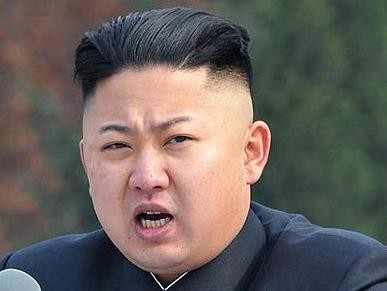 it was hard not to raise an eyebrow when nuclear threats from North Korea were specifically focused on the United States. If there were any doubts about the mental state of the North Korean leadership, those doubts have now been replaced with a desire to make a preemptive strike to stop this self fed phobic leadership from acting on a perceived threat.

For the first dot we must consider how did the North Korean leadership get its head to were it is. Unfortunately we can only conclude they are a victim of their own propaganda. The succession of leadership only recently happened. The new head of North Korea is for the most part still a bit on the young side, and that simply means he has been influenced by the propaganda of his father’s Government. So because of that we can conclude with limited or no exposure to the world outside of North Korea, there is a significant chance he has not a clue of what the rest of the world is like. The good side of this is it suggests that the behavior shown is not as a result of mental illness, but only from misinformation from propaganda. However that is only a suggestion and we have no way of knowing for sure.

Because of that, by exposure to the world outside of North Korea, there is a chance the behavior could change. Some changes are already being seen in that ‘being seen only’ was his father’s behavior, it has started to be replaced with both ‘being seen and heard’.

As for the dots on how to stop them from launching a first nuclear strike against the United States, that means to stop them before they start. With the recent school shootings, and the methods used by Homeland Security to stop terrorists, stopping things before they start is the most effective mode of operation. In most cases that is some sort of police raid on the suspect is seen taking them off line. However when it comes to North Korea, there are few options short of a decisive nuclear strike.

Tactically that is actually very easy, politically, it is a nightmare scenario. The vast majority of the North Korean military is stationed in the southern part of North Korea, so some tactical nuclear bombs under 1 Megaton could quickly bring and end to the North Korean military. Then a few bigger nuclear bombs to take out any threat of attack would finish the job. This should all take less than 30 minutes, so you won’t need to miss your favorite daily activities.

Politically, it will be a mess, there is no other way to put it. The need to prove that a nuclear attack from North Korea was imminent will be the sticking point. Seeing that by this time North Korea for the most part will have ceased to exist, finding survivors in the North Korean military willing to testify will be the only out.

The one thing that actually makes all of this worse, some of the readers of Connecting the Dots will conclude we are just ranting on. However when you really sit down and think about it and try to come up with other options, you tend to draw a blank because when you are dealing with a person who has shown total loss of rationality, taking them down and sending then to a psychiatrist would be the desired plan of action. It is doubtful that any psychiatrist would be let anyplace near the leadership of North Korea, and that just leaves taking them down. This is just another reason why Presidents of the United States age two years for every one.