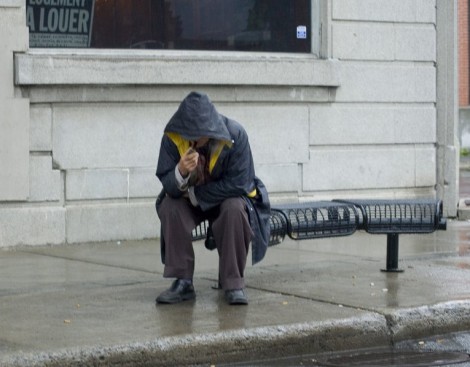 Years ago when the ratio of smokers to non smokers was closer, smokers were a tolerated annoyance. Their habit of making everyone downwind of their smoke stink of smoke was just part of life. But more and more, that is no longer the case as people are taking a more proactive response to banish smokers from society as they discover they don’t have to smell like a smoker.

When you look around you will notice the overall percentage of smokers globally is going down. No smoking laws are actually fairly strong hints to smokers that society does not want them around. But if you ask a smoker, they just say they will adapt and keep smoking as their nicotine addiction forces them to downgrade their lives.

Restaurants, bars, and other public venues have put a stop to their intrusion. The revolt from smokers saying they will simply not go there and find another venue has left them with the reality check that there are no venues that want them. Even managers of those venues that smoke have noticed an increase in traffic and the realization that smokers were doing damage to their income by keeping non smokers away. That was very true for venues that had poor ventilation.

So if you stop and think where the smokers in the world are, you will discover that it is not as people would think.

Getting in a smokers face helps them to quit

One of the things smokers do is ignore how people look at them. They have concluded the look of disgust they get from people is normal. They may have not experienced something other than that. So by getting in the face of a smoker and venting your genuine disgust at how they make you smell when you get downwind of them will eventually get through to them.

You have the right to smell nice and scented as you desire. For smokers to come and blanket you with the smell of smoke is nothings short of assaulting you. To have to wash your clean clothes and shampoo your hair again because of them is just wrong on all levels. Even worse to trigger an asthma attack in someone who has a hard enough time breathing already is just totally unacceptable and may even be seen as a crime in some places. It is important to remember a smoker’s smoking does not only negatively affect them, it negatively affects everyone around them. You have a right to defend yourself and an obligation to help defend others that can’t.

It is also important to keep in mind the smokers do want to quit, it is just nicotine that is controlling them. So when you get in their face, keep in mind you are talking to nicotine and not the person it is controlling. The addicted person wants all the encouragement they can get to quit. So by making it impossible for them to blow off how society really sees them is helping them find what it takes. It is not wrong or antisocial to get in the face of a drug.

So feel free to let a smoker know how disgusting and repulsive they are. It may be the helping push they need to rejoin society.

📂This entry was posted in Health 📎and tagged smokers Smoking