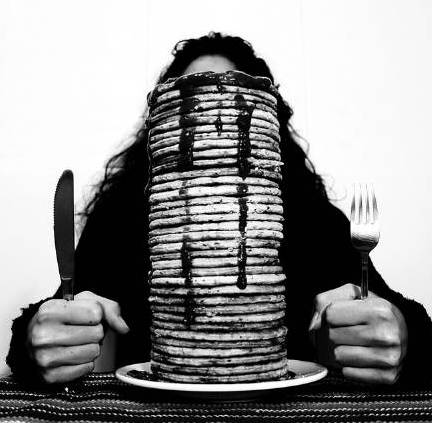 Thaksin’s proxy Government is showing increasing signs of concern about getting reelected if the February 2, 2014 elections are nullified. The situation and their popularity is deteriorating so quickly in their voter base, the chances of winning a majority are increasingly unlikely.

The words glutton, gluttony, or gluttonous  are perhaps the only way to accurately describe the level of greed, self serving behavior and corruption inside Thaksin’s proxy government. Much of that comes from Thaksin himself. It is not hard to see the Government has taken on the personality of Thaksin, and that is a fingerprint of the level of his control. That level of gluttony has already come back to bite them twice before with the fallout from the blanket Amnesty bill, and attempts to change the makeup of the Senate. In both cases it has cost them a lot for simply wanting way too much.

So as gluttony seems to be the new sub-theme of this Government, we can start to see how that is working to erode it’s voter base as well. If you consider the estimated amount of money lost to corruption in the rice pledging scheme, and add that to the 46 Billion Baht already taken back from Thaksin by the court for corruption, you come up with a sum very close to the amount of money that is owed to the rice farmers.

Now seeing that the rice farmers are in revolt about lack of payment for their pledged rice, and there are over a million farmers that are in despair without even money for food, you can see a huge cause for concern. But it gets worse as that million does not count the farmer’s wife or adult children of voting age. So very quickly that 1 million can become 4 or 5 million in the blink of an eye if it has not already.

As it stands, the Election Commissioners are the only ones who know the vote count so far from the partial February 2 election, and they are not talking about it as it may taint the rest of the election. They have only announced the statistics of turnout at each poling place. So even the Government at the very least has lost votes, and may already have lost the election.

With that thought and knowing if the election needs to run again, they may just lose. If there is anything Thaksin excels at it is getting people angry at him. So the possibility he has passed the 50% mark of all Thais angry at him is very probable. If that is the case, gluttony is the reason why.