When you strip away the names and personalities from Thailand’s political unrest, you are simply left with the un-flavored reality of what the unrest is all about. It all comes down to corruption bleeding away tax revenues that result in Thailand and the Thai people never having the money needed to get ahead.

It really is not only about Thaksin Shinawatra, but because of his arrogance and listen to nobody attitude and very deep skimming better defined as gouging, his name has become synonymous with corruption in Thailand. It is also not about Suthep Thaugsuban, although he has taken point position against Thaksin, that also means he has taken point position against corruption.

Suthep Thaugsuban has not always been on the straight and narrow path, but for now it seems he has changed his ways and has professed being ashamed of his past. So by changing his ways and going after corruption, in many ways it is about making merit and saving face.

However with Thaksin Shinawatra, it is a completely different story. For Thaksin it is all about getting as much money as he possibly can get by whatever means possible, with a significant part of that through corruption.

So with several people riding on Thaksin’s coattails willing to indulge in corruption for a slice of the loot. They are now identified as the pro-corruption group. As what they do is illegal, eventually they will only have violence to defend themselves as seen in the attacks on anti-Thaksin protesters. It is also an indication that the anti-Thaksin / anti-corruption protesters are on the right track.

On the other hand, the anti-Thaksin / anti-corruption protesters are backed up by the law and the courts. So as long as the courts are not corrupt, the anti-corruption group should win. Their desire to put in stronger anti-corruption laws to support the Constitution with much nastier penalties, it will start to make the Constitution’s teeth look more and more like the jaws of a Great White Shark with row after row of teeth. Needless to say this is something Thaksin does not want to see. 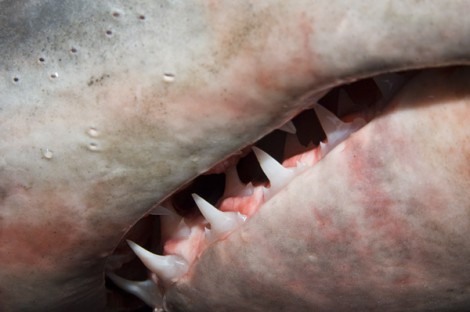 However assuming the laws are put in place, it really should not matter who gets into office as they will all face sudden death if they let their greed get the better of them. It also means their first order of business will be to remove those new anti-corruption laws, but that too may cause sudden death if the laws are written properly with a hands off or else section of the law.

So it all comes down to a battle of good vs evil, and the Thai people deserve that their tax money go to benefit them and not the corrupt politicians. That is the formula needed to move the people and the country forward. It should not detract from the charm of Thailand, and it will make it more appealing in the end, particularly so to investors and tourists who are often the victim of corruption one way or the other.