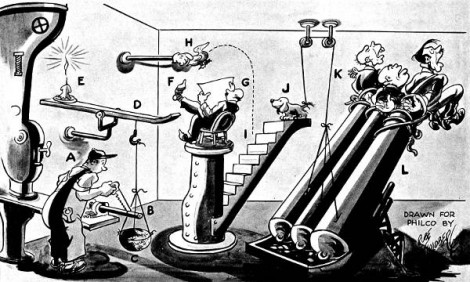 A vote buying neutralizer certainly sounds fantastic and a bit hard to believe, particularly so for a country that suffers from it. However Thailand now has the opportunity to actually install just such a neutralizer as a direct result of the opportunities political reform offers. All things considered all Thais want this, that is except for the self serving politicians who would buy votes to get into office.

In general, a politician that would look to buy votes only does so because they lack what it takes to be worthy of an elected office. People run on their merits and visions of how things should be, and people simply choose who best fits their personal needs for the duration of the office term.

But as Thailand is in the political reform mood, and the military looks to insure that will happen, the thought of keeping bad politicians out of office is front and center to all efforts. So looking at the classic scenario of how votes are bought and the checks already in place to eliminate that, there clearly needs to be another layer of insurance.

Vote buying has evolved to stay ahead of the law. Handing cash to a voter is already a shortcut to getting a red card. But creating a Government policy that will encourage the voter to vote for a party or candidate comes at a cost to the country as a whole. Take for example the rice pledging scheme that has cost Thailand up to 500 Billion Baht ($16.1 Billion USD). That scheme was totally corrupt from the top down to the roots. The Pheu Thai Party (PTP) lead Government choose to ignore that simply because it was insuring they would have a voter base in the next elections.

As the investigation is on going, where all that money went has yet to be made public, but it was clearly designed to buy votes and line the pockets of people who had influence. So to stop this type of behavior is what the vote buying neutralizer would address.

To make this work, an independent body would have the authority to halt any policy, project or whatever if there were signs of corruption and feeding vote buying. Most likely this would be decided by a group of commissioners at the independent anti-corruption commission. This amounts to a driver pulling their car over because of an unusual noise to check it out. It is common sense to all but the drivers who simply don’t care and will fix it when it breaks. The latter is what is in place now.

So by stopping a potentially corrupt project before it has a chance to fester eliminates rewards for the corrupt, as well as place the sponsoring politician(s) under extreme scrutiny. The project would not be allowed to continue until it has been properly investigated and made 100% transparent. Any findings of significant wrong doings by politicians (most likely the politicians that would buy votes) would see them indicted and removed from office before the fixed policy would continue.

The second step of this vote buying neutralizer is not to hold a new election as that would be costly, but to take the first runner up and instal them in the seat just vacated. That seems to work fine in beauty pageants, so why not Government. This would have the effect of continuity as well as shift power. As often these grand actions of corruption involve more than one corrupt politician, the power shift could be significant and could even effect the seat of Prime Minister and what party dominates the Government.

So in the end politicians that would buy votes would be effected, and it encourages the behavior that puts Thai people first, and corrupt politicians last. Basic psychology indicates that by elimination of rewards, undesirable behavior ends.