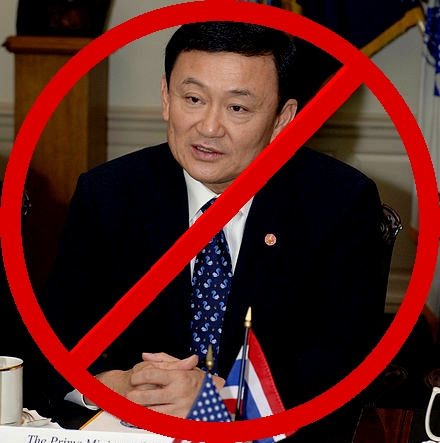 Although the word Junta is a bad word to many, Thailand’s new Junta is not acting like a Junta at all. Their immediate goal of closing the gap caused by Thaksin seems to be admired by all, and secretly admired by the people who don’t like the word Junta. So perhaps a new word or description needs to be invented to accurately described what those Thai Generals really are.

When you get past the word Junta, you start to see that the definition of the word Junta is very likely too broad. In Thailand the Junta is acting more like a Government listed in the top 20 countries for being corruption free, and not like the Government that they removed that had placed Thailand at 102. Seeing that the United States is ranked at 19, that says a lot. The goals and direction they are moving best serves the people of Thailand, and not the generals.

Thaksin swore he would cause Thailand to cry when he was first removed by the 2006 Coup, and he was true to his word. He cause suffering financially and also developed a political divide. Thailand would be doing much better in the global community had Thaksin not sought vengeance and revenge. It was nothing short of trying to beat Thailand into submissive behavior.

So the first things the Junta did was start to arrest people who were the leaders of the pro and anti Thaksin movements. They were kept in jail for 7 days and were basically told to put Thailand first and forget Thaksin OR ELSE. Although this is speculation, the behavior of people after they were the guests of the Junta all suggest this was the message that was relayed based on their docile behavior.

The second thing they started doing was to bring opposite sides together working for the country and not for or against Thaksin. At least on the surface, this is how things look. Whether the underlying true feelings match we would tend to say no. The divide was too deep and too far apart to have melted away in just a few weeks. However the option of advancing the divide to a civil war makes the reconciliation choice much more appealing. Add to that it can now be assumed that the Military will step in and stop Thaksin as it is now getting to be a habit with them, there is significant motivation to move on past Thaksin.

All things considered, the Junta seems to be on the right path to fix Thailand. However we can without doubt expect Thaksin to object and work at making his presence known. But the Junta has a tool for this as well and many other countries already have this law in place. Thaksin is a fugitive from justice and people that knowingly help fugitives are subject to jail. If that law is strictly enforced, Thaksin will have very limited influence.

So as to what to rename this Junta that is not acting like a Junta, perhaps we can call them something like peacekeepers with muscle and authority, just like parents or a babysitter.