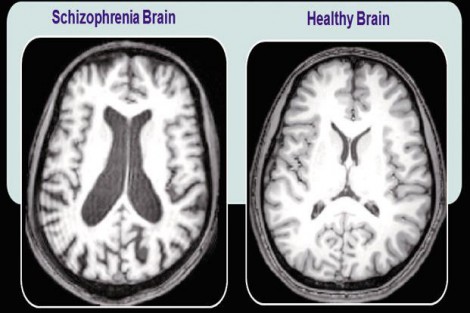 When people set out to get high or a mellow buzz, they often are only thinking about the moment. Thoughts of what happens to their brain in the long term are rarely if ever thought about. But the fact of the matter is some of those recreational drugs are a shortcut to Schizophrenia, and that is a scary thought to even the most bold.

People indulge in recreational drugs for a variety of reasons with the majority just wanting to take the edge off a trying day. With the state the world is in these days, there are fewer and fewer arguments about wanting to unplug. But as nothing is free in life, there is a price to pay for ingesting some mad scientist’s idea of fun and recreation.

In the world of medicine, scientists that work for pharmaceutical companies work to create medicines to cure illness, battle viruses and other such undesirables. However what is not commonly known is the true job of those scientists is to create a drug that has the least amount of side effects. There is a cure for the HIV virus and it has been around almost from the word GO, however the side effects of those drugs kill the host body as well, and that is not acceptable in anyone’s book.

Moving from the pharmaceutical companies to the back room labs where recreational drugs are made, they have no such moral obligation as to the elimination of undesirable side effects. For them it is all about quick and easy money, and that is why there are laws making these drugs illegal. The laws are not only for the moment when a person is under the influence of these recreational drugs, but the laws also consider the long term negative effects to a person’s mental health. Simply the laws are to protect people from themselves as they dabble in the unknown. This is no different than a warning sign to not enter because it is a mine field. 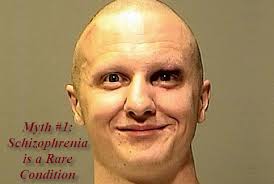 Most of this is obscured in society, and people simply don’t think about it because it is not in their face at the moment. When people see someone who is mentally disturbed, they see the moment and don’t give a thought as to how they got that way. Most people assume it was caused by some preprogrammed flaw in their DNA and it was just the luck of the draw. The unfortunate fact is that is only true in some of the cases and the rest were self induced in one way or the other. People joke about the stereotypical appearance of a long term heavy drug user, but they don’t think a lot that brain damage has created that appearance. 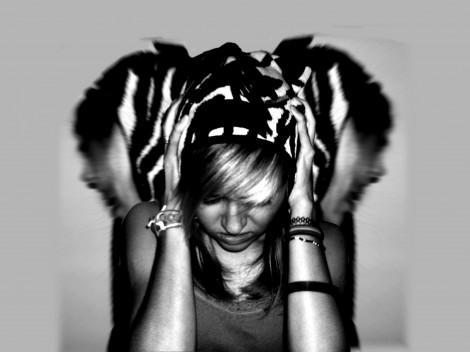 So perhaps some people will read this and blow it off thinking it won’t happen to me. Others will read this and make them think twice before visiting their drug supplier. Perhaps for some it may scare them enough to stop or not use drugs because having Schizophrenia is by far not cool and the thought of being too messed up to function is not their idea of a good life. After all if it does this much damage to your looks, just imagine what it does to your brain. 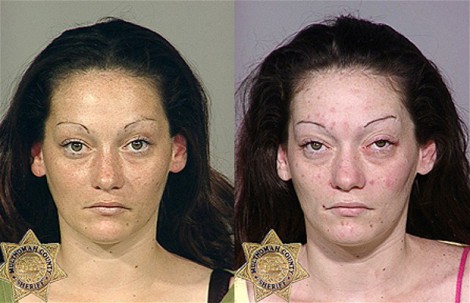 📂This entry was posted in Mental Health 📎and tagged drugs