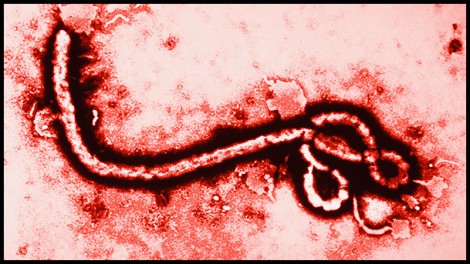 It does not take much more than common sense to see the US Government along with a few other countries are playing down the risks of Ebola and that they could contain an outbreak. Recent events in history say otherwise along with a significant percentage of health care workers tending to Ebola patients have contracted the virus despite being wrapped head to toe in protective gear.

When it comes to the very short list of nasty and lethal viruses, Ebola is near the top. The Plague, Spanish flu (1918-1919) , Smallpox and SARS tend to round out the list. They are all classified as high risk and only a small percentage of scientists have the clearance to work with them and only in a Biohazard safety level 4 lab. So when you consider that level of precaution is needed to work with those nasty viruses, anyone who is not asleep at the wheel could at the very least consider the possibilities of where the present day West Africa Ebola outbreak could go.

To build on that thinking, the 2009-2010 H1N1 Swine flu that started in April 2009 on a pig farm in Mexico managed to kill between 280,000 and 579,000 people globally depending on where you source the numbers. Now granted that virus was transmitted in the air and there was no requirement of touching the sick person to contract the virus, but that still leaves the question of how all the people wrapped head to toe contracted Ebola.

The only thing that seems to make sense that in high enough concentrations in a humid environment the virus could be transmitted through the air like the places treating Ebola patients in West Africa. If that is the case then things just got worse near the equator where it is hot and humid 24-7. The West Africa outbreak seems to be within 15 Degrees of the equator and that consists of third world countries globally.

Another cross comparison between the 2009 H1N1 flu virus and Ebola is the death rate for the flu was much lower than the 70% mortality rate of this Ebola outbreak. Also the flu only targeted certain age groups, where as Ebola is an equal opportunity killer. The true percentage of deaths cause by the 2009 flu is elusive because of unreported cases, but giving it a fuzzy logic number between 5% and 10% mortality rate seems to be in the ballpark.

Next we must consider human behavior and the general requirement that the US safeguards require people to be honest and caring about their travels and contacts. With the first US case of Ebola, we can already see just how effective that is.

Taking this to another level, as a possibility we already on a daily basis hear about people strapping explosives to their body and blowing themselves up in order to kill people. What is keeping those people from infecting themselves with the Ebola virus and heading to places that have a dense population seeking to infect as many people as possible. Although possible, we are not considering that terrorist scenario to play out as there is enough other holes in people’s behavior that will make themselves known all be it too late.

How bad will it get is also calculated by common sense. It seems the number of cases is doubling every 3 to 4 weeks when in rural areas. Doing a little math 61 Million people will be infected by October 2015 and 43 million dead. By February 2016 the infection rate is 1 billion and 700 million dead. That mortality rate is double the population of the USA using the rural area formula. However once Ebola hits a high population area, the number of cases could double in under a week. When it is all said and done the global population could be 2 billion people and that milestone was reached around 1927 give or take a few years. The only good thing about that is there may be some positive effects in the area of climate change as humans will not be making such a big impact on the planet.

So when you sit back and listen to the Government saying everything will be OK and we have it under control, you can’t help but think that is to stop possible anarchy and the collapse of the economy. There have been enough documentaries that talk about the underlying thinking and what is deliberately kept from the general public. You also see this depicted in movies and the common theme in both the movies and documentary films is to maintain some level of control over the people by withholding some information or the use of half truths. So when you listen to the so called alarmists, they are alarmed because they have connected the dots and can see for themselves what is really going on.

Unfortunately there is not much we can do and as Ebola is a product of nature just as much as we are, nature has the final say on how to bring things back into balance.