To best visualize what has been going on in American Government, the best way is to think of two circles. Each circle represents what each political party is willing to do. Where the two circles overlap is where things get done. In the case of the Republican Party, as a result of the subgroup called the Tea Party, the Republican circle has shifted to the right and no longer overlaps with the Democratic Party. This causes no continuity and the circuit is left open. 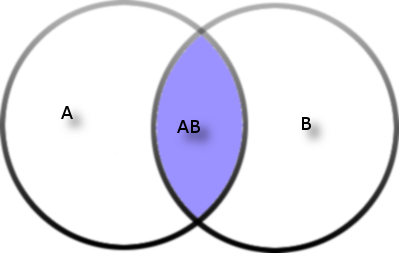 The lack of willingness to negotiate or change position is simply bad behavior and that simply causes a Karma event to manifest. To think nothing would happen by crossing their arms and holding their breath saying we won’t budge, is actually childish and immature when it comes right down to it.

So enter Donald Trump and for the most part for the Republicans, he is anything from some bad tasting medicine to the Republican Anti-Christ. In a full on effort to circumvent him likely getting the Republican nomination for President to compete against the Democratic nominee, they are doing everything they possibly can to stop him. That includes challenging him at the Republican convention, to even considering splitting the party. The only general word that seems to fit is the Republican Party has become dysfunctional.

The nightmare scenarios that are playing out in the Republican Party is bound to cause more than a few health problems to the Party as well as Party members. For the most part they are too many to list. Also to Think Donald would not open anyone’s skeleton closet if they did not want to follow his lead, think again. Just think of how cutthroat big business is and that is how things will be. Donald will likely view the House and Senate Republicans as subordinates and offer corrective disciplinary action making them unelectable if they don’t toe the line.

So how does this Karma come to be. Of late the Republican Party has seemingly placed the welfare of the Party before the welfare of the American People. Donald Trump sees the entire country as one body and understands that to prosper everyone must pull together. Viewing this as a businessman, he is very likely to get things done for the country and not necessarily for the Republican party.

So the Karma that comes of being selfish and self-centered usually ends up being rewarded with the opposite. This is much the same as a jealous spouse with their jealousy likely killing the relationship. Long term predictions for the Republican Party, it seems a major refit is the likely outcome with many career politicians needing to update their Resumes as they will be needing new employment after the next elections.