Pre-written news stories about Thailand and beyond Part 1 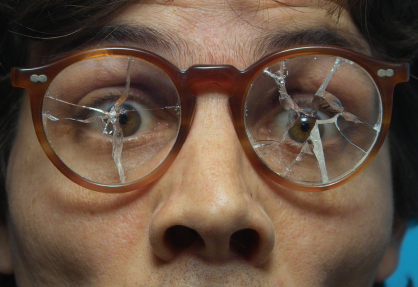 What people think about Thailand and how close to reality that is depends a lot on what people read in the mainstream media. The media tends to provide the most up-to-date information about any place. But every now and then a journalist knows what they will say even before they head out to go and have a look at what they will write about because of what they have heard and not personally observed.

There is a fact that people can detect errors in news reports if they are close to the source / topic of a news article. If someone is doing a story on your best friend you know what is true and what is perhaps a misinterpretation of fact. But when you know a person for years on end and some journalist manages to discover or at least suggest something they discovered in a 20 minute interview with them that you never knew, not one but an entire pile of red flags suddenly appears about the integrity of the journalist and other stories they have written as well.

There are countless examples and at least one Connecting the Dots was directly involved in. So making that the first example is fitting because it is a running series called “Google vs Connecting the Dots”. By reading through the series you can start to understand how people can be influenced by misinformation.

As you notice we have Google AdSense ads on our pages. Google has a very strict policy about what you can write about and photos you can show and still have AdSense ads. So as it would be we wrote two stories that were about Thailand’s Ladyboys and their lifestyle. One was called “No old ladyboys” and the other was “The strange allure of Thailand’s Ladyboys”. Both stories were nonsexual in nature and driven by research. Each of those entries had photos of Ladyboys in public settings and there was absolutely no behind closed doors photos. In other words this is what you would experience if you were out and about in Thailand.

At first we got a vague email from Google about some alleged terms of service violation, and we struggled to see what they were talking about and a few emails were exchanged. Needless to say nobody at Google was willing to come out and say exactly what was wrong and our AdSense ads were stopped. After a few more emails and some explaining the AdSense ads were restored.

We thought that was the end of it and once again the same thing happened. Without going into the full story as you can follow this link to read about it as it happened in near real time, it came down to someone working at Google who likely never traveled more than a few dozen miles from home saw the public photos of ladyboys in a sexual way thus overriding in their mind the content of what we wrote. Needless to say that person’s opinion of Thailand comes from something they read and possibly in the media. If they had actually traveled to Thailand and witnessed things with their own eyes, the incident would have never happened. In short our AdSense ads were restored again with absolutely no apology from Google. Our response is there is always the next part of the series if needed.