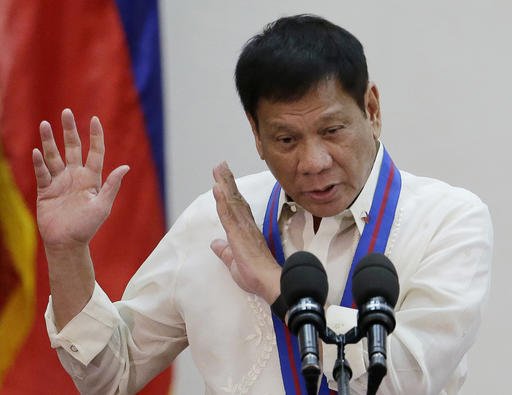 If you have ever wanted to just bring an end to some criminal who has caused serious harm to others, and only stopped because that would land you in jail? In the Philippines that is exactly what is going on less the part about landing you in jail.

If Freddie Krueger has nightmares, it would be about Rodrigo Duterte and his war on crime. For the most part many criminals have played the human rights card and made a fool out of the system. The assumption of being innocent until being proven guilty can drag things out. The need for sufficient evidence to convict, Legal technicalities and so on all play a part and are all part of the game. Even living in jail is an acceptable alternative for many criminals. But as it stands now in the Philippines, the jail option has been eliminated and has been replaced with a cheap wooden coffin.

So as it stands, you have but two choices in the Philippines, and they are behave or die. Human rights have been canceled, and as far as President Duterte is concerned, that is a failed social experiment when it comes to dealing with criminals. Replacing that with the fear of God works much better.

The hardline approach has been proven to be effective, unfortunately depending on your viewpoint that is either a good thing or a bad thing. Saddam Hussein was seen as a brutal dictator, but when he was in power only fools would even consider challenging him. However once he was removed and replaced with a more politically correct person, it was like uncorking a bottle of venom and things like ISIS came out to spread their own version of the perfect world.

So this is all about balance. When you are going up against an AK47 with a Super soaker water gun, the outcome is already clear before the shooting starts. Criminals do not have respect for others. If they did they likely would not be criminals. So when criminals are suddenly calculating in their head that there is no second chance and game over is the likely outcome, their survival instinct kicks in and they suddenly have a change of attitude. Only the ones who would be classified as idiots will take the chance, and then likely be featured on the Darwin Awards website. Either way problem solved.

So there is an order of things it seems. Drug dealers are top of the list quickly followed by drug users. Then on to corrupt elected officials, corrupt police and corrupt judges involved in drugs. After that more common criminals and pedophiles are next up. Seeing that vigilante groups are being encouraged to help with the war on drugs, The Philippines has become a dangerous place for anyone who is an idiot and has a habit of pissing people off.

So for anyone who objects to this very decisive method of dealing with drugs and feels that the criminals have rights that are being violated, you can go and pick up a Super soaker water gun at almost any department store.