The taste of what was beyond Thailand continued to be intoxicating. Thais began to realize that there were huge differences in income between Thailand and the west. The encouragement of the Thai Government to become more intergraded into a global economy was also pushing change in Thai culture. Thais that saw many foreigners as being rich were discovering that those foreigners had just average income in their home countries.

By the time 2012 rolled around much of Thailand had evolved from a family and home community to an Internet driven global community. What things influenced how the Thai people shopped and thought was based on what they saw on the Internet. Seeing people Wai in public to greet each other was seen less and less and often only seen in more formal settings. Even the tolerance of others was seen to be waning and there was some increase in conflict however nothing significant. Arguments were more about material things than about anything else.

Several times the Ministry of Culture tried to intervene in various things from University uniforms being too sexy to how to dress in public. The issue of the university uniforms and in particular the length of the skirt was central to the issue. As there was no set length or at least not and enforced set length, some Thai students had skirts that barely hid their panties when seated, while others it was almost dragging on the ground. The length of the skirt became another way of projecting one’s self and if they were of old school thinking or not, as well as how much sex and admiration played a part in their lives. 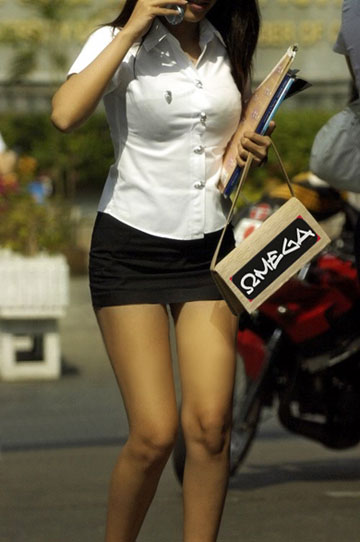 As for the Ministry of Culture asking people to dress in Traditional Thai clothing one day of the week was met with mixed results. Many Thais felt the Ministry of Culture was out of touch with the Thai people and old fashioned, but some thought it was a novel idea to dress in traditional Thai clothing. However in general It was met with similar feelings as if someone asked them to give up computers and printers and to go back to using typewriters. Ironically if dressing Thai style was suggested in 1999, it would have been seen as a near patriotic idea.

Much of this change was seen in urban areas. In rural Thailand only the influence of corrupt western thinking politicians played a part. This is also partly because many Thais in rural Thailand have lower educations and are not very comfortable with computers and smart phones. So the daily bombardment of western culture was limited.

The Thai Government was taking note of the Internet as well and started blocking websites that it felt were having a negative influence. That too had limited influence as people discovered that anything blocked could be accessed by a proxy server in another country. However the blocking started to become excessive and that started to have a negative impact on Thai dignity as they felt like they were being treated like children. 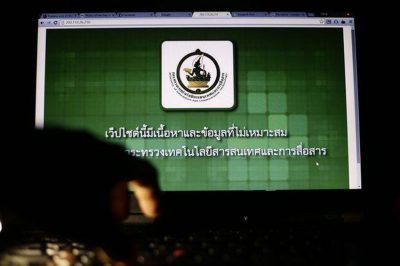